Canadians are making no cents; Good-bye to the penny! 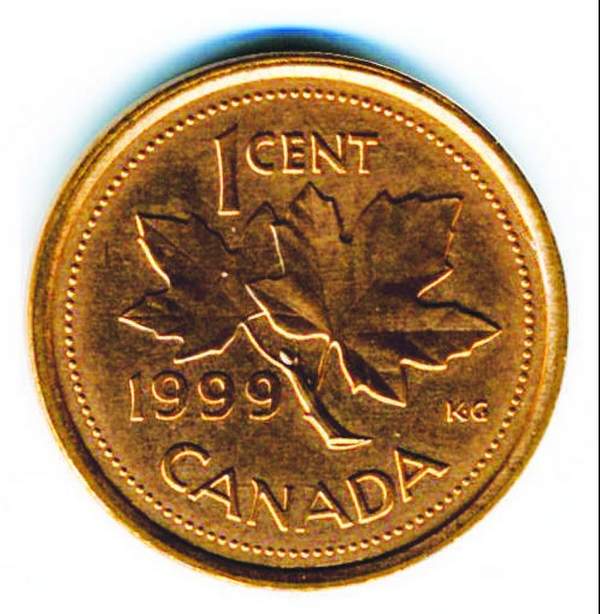 People criticize Canada these days because the Maple leaf nation wants to mine tar sands for oil, which would add a heaping pile of emissions to the whole global warming threat. Now, tar sands aren't as bad as the intestinal microbes of dinosaurs, which scientists now say gave the ancient reptiles so much gas that they flatulated themselves into extinction by overheating Earth, but still pretty bad.

I, for one, have nothing but praise for the people of Canada (not so much for their geese, which mess up the lake with a different type of tailpipe emission), because without Canada and its bacon, brunch would be extinct. And brunch without eggs Benedict just means you're drinking cocktails for breakfast.

Another point in their favor is that Canadians are financially savvy, which is why the country we all claim to be from when traveling through Europe just stopped minting pennies.

After discovering that the Canadian penny costs 1.6 cents to manufacture — then mostly just sits in coin jars and the bottom of washing machines — Canada stopped minting pennies earlier this month. It's a move we should take here in the U.S., where we spend 2.5 cents to make our one-cent coins. But certain congressmen want to preserve the old saying, "A penny for your thoughts," which, if you're addressing a congressman means you've wildly overpaid.

Pinching your own pennies can likewise save you much more than one cent. When you cut your costs you don't just save the amount you would have spent; you also save the taxes and other expenses you'd have paid while earning that money.

Look at your last pay stub: After state, federal and local taxes, Medicare and Social Security, deductions for parking, insurance and retirement, you likely netted only about 60 percent of the money you earned, and that doesn't even include commuting and other costs. That makes saving a buck the same as getting another $1.67 from the boss.

So get in touch with your inner Canadian and cut old commitments that have outlived their usefulness, such as subscriptions to "8 Track Today" and the Plunger of the Month Club. It's like getting a 60 percent raise— so brunch is on you!