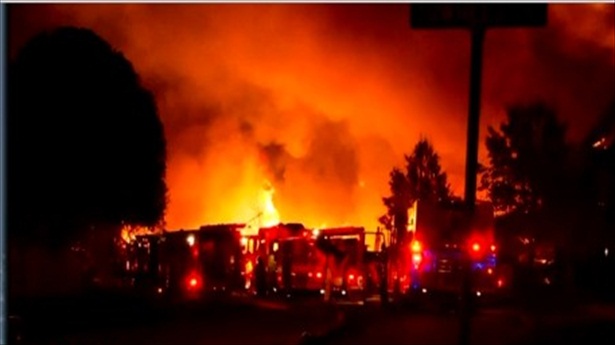 Two people were killed and 18 others injured after an explosion in an Indianapolis residential area Saturday night that leveled two homes, The Indianapolis Star reported.

Local officials said determining the cause of the blast, which occurred just after 11 p.m. local time, could take weeks. The Bureau of Alcohol, Tobacco, Firearms and Explosives has been called in to assist in the investigation. A spokesperson for Citizens Energy said early Sunday morning did not find any gas leaks in the affected subdivision, Richmond Hill, located in the south side of the city.

Another resident told WISH-TV he went outside after hearing the explosion and saw so much insulation falling around the area it looked like it was snowing.

“The house was just gone and a flame in the middle of the house,” said Kurt McDonald. “The house next door was caved in, and we heard people yelling. My son, nephew and I went in and got one daughter out, got another daughter out, she had a pretty big head wound. The husband was trapped under a ton of stuff and all kinds of debris, and the wife was stuck in the recliner.”

The blast was reportedly heard for miles, and from as far as an adjoining county. Nearly 200 people from the neighborhood were evacuated to a nearby elementary school, but officials said most of them were able to find temporary housing with friends or family.

“There’s lots of help in there,” he told the station. “IFD, IMPD, nurses, sheriff’s officers and pastors are in there. IFD is checking names and creating a good database, so no one gets lost in the shuffle.”