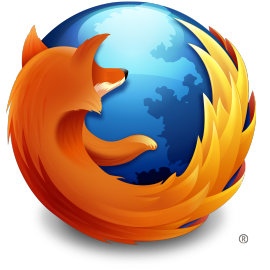 Despite big name tech companies -- such as Facebook, Microsoft, and Oracle -- supporting the controversial Internet surveillance bill that passed in the House last week, Mozilla has come out against the legislation.

"While we wholeheartedly support a more secure Internet, CISPA has a broad and alarming reach that goes far beyond Internet security," the tech company wrote to Forbes reporter Andy Greenberg. "The bill infringes on our privacy, includes vague definitions of cybersecurity, and grants immunities to companies and government that are too broad around information misuse."

Mozilla is the first major tech company to unreservedly speak out against the Cyber Intelligence Sharing and Protection Act, or CISPA.

The day after the U.S. House of Representatives passed the bill in a 248-168 vote, Microsoft said that its support was abating and any new law must allow "us to honor the privacy and security promises we make to our customers." However, it still hasn't withdrawn support for the legislation.

Other tech companies that support the bill are Facebook, Oracle, Symantec, Verizon, AT&T, Intel, and trade association CTIA, which counts representatives of T-Mobile, Sybase, Nokia, and Qualcomm as board members.

If passed by the Senate, CISPA would not formally grant the NSA or Homeland Security any additional surveillance authority. But it would usher in a new era of information sharing between companies and government agencies -- with limited oversight and privacy safeguards.

In its e-mail to Forbes, Mozilla wrote, "We hope the Senate takes the time to fully and openly consider these issues with stakeholder input before moving forward with this legislation."