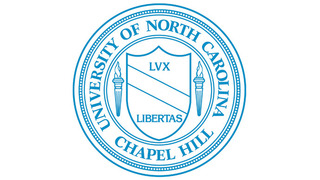 An American college student is facing expulsion for publicly speaking out about being raped – even though she never once mentioned the name of her alleged attacker.

Landen Gambill, a sophomore at the University of North Carolina, said the university sent her an e-mail informing her that she was being charged with an Honor Code violation for “intimidating” her alleged rapist by speaking about her assault and the school’s treatment of the case. Such a violation could lead to her expulsion from the university – even though she never revealed her alleged rapist’s name publicly.

“Obviously, I’m afraid. I never meant to make anyone mad at me [by speaking out],” Gambill told the Huffington Post. “I’m mostly surprised at just how crazy it is, that they’re willing to charge me with something just because my rapist is feeling uncomfortable.”

Gambill claims she was raped and stalked by her ex-boyfriend, who is a fellow UNC student. She claims to be traumatized from the sexual assault and that reporting it to the university only made things worse.

“If I had known what would happen to me through this system, I don’t know if I would have made the same decision again,” she told the Daily Tar Heel in late 2012. Gambill claims the university handled her case inappropriately and that school officials blamed her for the assault.

“They were not only offensive and inappropriate, but they were so victim-blaming,” she said. During her Honor Court trial, in which Gambill attempted to press charges against her attacker, she was asked why she didn’t simply break up with her boyfriend when she noticed him being abusive. The court also used her past suicide attempt against her, allegedly implying that she was “emotionally unstable”.

In the end, the alleged rapist was never charged or punished, and still attends UNC.

“It’s incredibly clear that those people had no idea what sexual assault is, what consent is,” Gambill told the Daily Tar Heel.

Distraught about the school’s handling of the case, Gambill joined 64 other students and teachers and filed a legal complaint with the US Department of Education’s Office of Civil Rights, claiming that UNC administrators underreported cases of sexual assault on campus and handled such cases inappropriately.

Gambill has also spoken up about the school’s handling of her case, which she considers a grave injustice against her. Speaking in front of media representatives and at rallies, the young woman has brought the issue into the national spotlight.

Days after news about the federal complaint against UNC broke out, Gambill received the e-mail that threatened to expel her. The e-mail said that her attacker filed a complaint against the young woman for creating an intimidating environment for him -- even though his identity remains publicly unknown.

If charged, Gambill could be expelled while her alleged rapist remains at UNC.

“This type of gross injustice is the reason why UNC students are speaking out and demanding answers,”Gambill told Jezebel. “The reason why I’m so vocal about this isn’t because I just want justice for my case. I want to make sure no one else has to go through this if they want to report an assault to the university.”