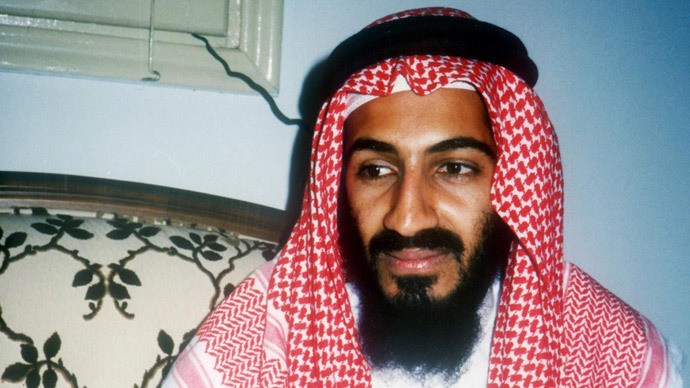 The FBI had a source come in direct contact with Osama Bin Laden who learned of his desire to conduct terrorist attacks in the United States, though it failed to disclose this information to the landmark 9/11 Commission.

According to court documents reviewed by the Washington Times, the information secured by the Al-Qaeda mole helped the United States stop an attack on a Masonic Lodge in Los Angeles, California in the mid 1990s.

The news was confirmed by NBC, whose sources said the mole was a Los Angeles-based “driver and confidante” of the “Blind Sheik” Omar Abdel-Rahman, currently behind bars for helping orchestrate the 1993 World Trade Center attacks in New York.

Surprisingly, the information came to light during a 2010 hearing concerning FBI agent Bassem Youssef, who has filed a discrimination claim against the bureau. Although he is a Coptic Christian, the FBI reportedly mistook Youssef for a Muslim, questioned his loyalties after the September 11 attacks, and passed him over for a promotion as a result.

In court, former FBI official Edward J. Curran testified in favor of Youssef’s skills, and pointed to his successful efforts to gain an inside source within Al-Qaeda.

"It was the only source I know in the bureau where we had a source right in Al-Qaeda, directly involved,"Curran said, according to the Times.

“The one source came back, had direct contact with Bin Laden,” Curran testified. He added that when the source returned to the US, he told the Blind Sheik that Bin Laden “had a target picked out for an explosion in the Los Angeles area. I believe it was a Masonic lodge.”

It is unclear what ultimately happened to the source, or whether or not he fed information to the US after 1994.

It is also unknown exactly why the FBI did not disclose this information to the 9/11 Commission or Congressional committees charged with sorting through what federal agencies did and did not know about Al-Qaeda in the lead up to 9/11. Multiple former lawmakers expressed surprise to the Washington Times when told of the news.

“I think it raises a lot of questions about why that information didn’t become public and why the 9/11 Commission or the congressional intelligence committees weren’t told about it,” former Rep. Peter Hoekstra (R-Mich.) said. Hoekstra chaired the House Permanent Select Committee on Intelligence from 2004 through 2007.

“This is just one more of these examples that will go into the conspiracy theorists’ notebooks, who say the authorities are not telling us everything,” he added. “That’s bad for the intelligence community. It’s bad for law enforcement and it’s bad for government.”

One former lawmaker who co-chaired the 9/11 Commission, Rep. Lee Hamilton (D-Ind.), also said the FBI never mentioned it had such an inside source into Al-Qaeda. The commission’s executive director, Philip Zelikow, made a similar statement, though he added it is possible the commission simply did not look that closely at evidence supplied from the mid-1990s, since it did not directly relate to the September 11 attacks.

For its part, the FBI said it was not positive whether or not it detailed this specific incident, though it“shared pertinent documents and knowledgeable personnel in order to present all known information.”

Attorney Stephen Kohn, who represents Youssef, said even he did not know about the mole.

“There was absolutely no reason for that to be kept secret,” he told the Times. “In some respects, it was kind of demeaning for the FBI because they had kept secret one of the most significant triumphs in the war on terror all so they wouldn’t have to give credit to Bassem for the work he had done. As a result, none of the bureau got the credit it was due for what was a spectacular counterterrorism triumph.”