7 STEPS TO DISSOLVE THE MATRIX AND STOP WORLD WAR THREE 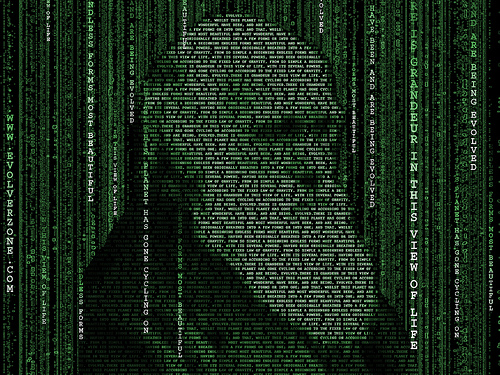 Shall We Put an End to the Human Race or Shall Mankind Renounce War? – Bertrand Russell

Looming up in front of us like some ghoulish malevolent giant, is the prospect of mankind having to endure the devastation of a ‘Third World War’.

An event, should it come to pass, would pit brother against brother, sister against sister, ‘faith’ against ‘faith’, ideology against ideology, nation against nation and all of it together against the continuation of life on Earth.

The forces covertly operating to bring this Third World War about will not be in the direct line of fire, but a long way off, comfortably ensconced in leather chairs in the plush offices of high-ranking officialdom. They made their plans many years ago and the Third World War is a keystone in bringing these plans to fruition.

These individuals come from countries well practiced in historical and modern empire building and share a ‘special relationship’ whose vision of the future completely excludes the great majority of us. We do not feature on the planet they see ahead of them, except as slaves to whatever activities they may wish to pursue.  To them, we are essentially ‘dispensable’.

Those who would perpetrate this plan have already prepared their underground bases to survive the destruction they propose to unleash upon this world. We will not be invited to join them there either, except a few carefully chosen minions to manage the technologies that keep this underworld functioning and those who serve their daily needs. It is a very exclusive ‘club’.

The master plan involves certain nations being sacrificed to the cause. Those nations will have their populations wiped off the map and most of their history with them. The fact that they are nations situated in key geographical areas that hold extraordinary historical records of great importance to an evolving humanity – is not coincidental. The timing of this Third World War is not incidental either. Its perpetrators have long since noted the approaching changes at the universal macro-cosmic level which will directly affect Earth. They have noted that energies associated with these changes might work against them, especially if humanity were to embrace them unhindered.

So they set their clocks to ensure that this particular alarm will go off at a time designed to obscure the relevance of the simultaneously unfolding macro-cosmic event. And to draw the attention of mankind away from that which aids the evolution of its consciousness – and towards that which ensures its further victimization.

The procedures which have been put into effect to ensure that humankind remains in a state of non-awareness are many and varied. Many, which are quite deadly underneath, look innocuous enough on the surface and remain accepted by the majority as necessary aspects of the standard routines of daily life. Others are less easily received and even resisted; but few amongst us comprehend the fact that they all belong to one underlying plan of repression, control and domination.

The financial and material resources employed to keep the lid on humanity’s awakening depend entirely upon the unconscious majority fulfilling their role as unstinting providers. Providers of both the energy and the money to keep in place all the elements of the control system. The 2012 London Olympic games are to provide a perfect smoke screen for the further imposition of this control system.

There are to be some 35,000 police and troops on hand to impose ‘lock down London’ and the lock down will not be relinquished when the event is over. It has its complementarity in the heart of Europe where plans for a totalitarian superstate are nearing completion. And since bankers and ‘security agents’ feature strongly in the mix which constitutes ‘the club’ standing behind these impositions, it is not too difficult to guess where the ‘missing billions’ of recent banking scandals ultimately lands up.

In summary: unless we take conscious action to withdraw our support from the system, the Third World War will be sponsored by we the people, freely and at times grudgingly, donating our energy, our money and even our brain power to our own self destruction.

That is – so long as we continue our refusal of consciousness and avoid seeing what is staring us in the eye almost every day of our lives. And that state of refusal, of course, is exactly what ‘the club’ wants maintained.

As the Occupy Movement has discerned: it is the 1% who hold power over the 99%; and in all other circumstances 99% would certainly hold the whip hand over 1%. But while the majority of the 99% remain dumbed down, docile and divided, they remain easy prey to the 1%.

In a state of semi-sleep most can be hypnotically induced to accept the political lies and distortions that contrive to place in our minds an unimpeded acceptance of the ‘inevitability’ of a Third World War.  A war which would constitute a big step down the road to the end of the human race.

Seven Steps to Defeat the Matrix and End War:

Now please take a deep breath. This is no idle threat dreamed up by an amateur prophet; it is a reality and one which is being revealed by more and more awaking individuals daily. We are getting a handle on the great lie being perpetrated against humanity and we have had enough. We are going to put an end to it. It is perfectly possible for us to make sure the Third World War never happens.

The first step in doing so involves breaking the spell that ‘the club’ employs the mass media to hold us under. Just on the other side of the television set and the Sunday newspaper lies the road that leads to the end of war and the beginning of freedom … if we want to take it. But ‘freedom’ is not achievable without an effort; a real effort. It is not achieved by prayer or by meditation, although both can support it. Neither is freedom simply the removal of a state of oppression. It is a direct and determined statement of intent to put in place a better world and to take the actions that give expression to this intent: physically, mentally and spiritually.

The second step is to use this intent to challenge, unmask and expose corrupted authority by refusing to go along with its life inhibiting demands and revealing its ideology to be fundamentally false. The accompanying action to this involves withdrawing support for the military-industrial complex which is the foundation of the war machine.

This means taking pragmatic, practical steps. Start by taking your money out of the mainstream banking system and putting it into ethically oriented banks that do not support the weapons industry and the war machine, but do support benign enterprises and human-scale creative initiatives.

The third step is to trace how the arteries of war are spread throughout the veins of our consumer society. How everyday acts of aggression, suppression and control are the elements that fuel corporate domination in today’s globalized market place.

How today’s (and yesterday’s) education system encourages all the wrong instincts in young minds: the urge to be ‘competitive’, ‘successful’ and to achieve the exclusivity of status which guarantees the top positions and highest salaries in the matrix.

How deliberate human, animal and ecological exploitation are rife within the supermarket-dominated food chain.

How the same deliberate exploitation is equally rife within the money system, the medical profession, the pharmaceutical industry, the housing market, the political and legal system, the family, marriage and in the church.

Join the dots and see how the same underlying ‘war’ symptoms are at large in all these and more.

The fourth step is to seek out others who are also endeavoring to bring about positive change. Keep company with such individuals; mutual support, cooperation and encouragement is crucial in overcoming the war state which relies on divisions and incriminations to keep society weakened, fractious and self absorbed.

The fifth step involves moving out of the city and into the country. That’s a big one isn’t it? However, the only alternative is to be part of a major greening of the city and this may not be possible to achieve within the short time span available to us. The need is to transition away from the crass consumerist ‘supermarket syndrome’ and establish links with local food and farming operations that can provide fresh and nutritious foods grown in the proximity of your home.

It also means starting to grow your own chemical-free food, saving water and introducing renewable energy systems to heat your home and to cook with. Reasserting authority and self-reliance over your home is an excellent starting point from which wider fields of resistance can grow.

Once one is true to oneself, one can spot those who disguise their intentions behind falsehood and flattery. The process of re-education also involves dedicating serious time to researching and exploring the phenomena which stand behind events often portrayed by the mainstream media as the precise opposite of what they really are.

Step seven: grow your own spiritual and creative powers! This is a very personal process because there are many different pathways leading to creative and spiritual awakening. Each individual needs to find his or her own right of passage and feel comfortable with it.
However, a prerequisite for becoming a conscious human being is the recognition that this state is not something external to ourselves which we try to draw down; rather it is a force which lies dormant within us and simply needs awakening. Much of the process of this awakening involves shedding the protective layers we have built around ourselves as a form of extra persona, deemed necessary to get along in this distorted modern world. Beneath the mask of this persona lies a great wealth of creative spiritual potential just longing to be allowed to shine forth.

This potential is the quality most feared by our oppressors. This is because it has the power to render their control system and war agenda completely powerless. It is the one force capable of freeing humanity from the state of funk which holds millions in hypnotic captivity to a consumerist indoctrination which lies at the heart of our present society’s ills.

In order to renounce war we have to do far more than just come out onto the streets waving anti-war placards. We have to vibrate with an unswerving passion to defend Life to the very end. Once so empowered, nothing can stand in the way of a process of planetary transformation which will cut off the arteries of war at their base and render those who stand behind its grotesque atrocities powerless to pursue their dark agendas.

Addendum: I would like to state that I would not be making any of the above recommendations if I had not already put them into effect in my own life and drawn great benefit thereby.