A CAB TAXI I'm just a regular guy! (With Video) 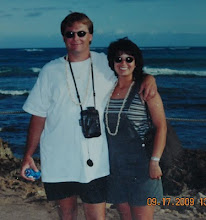 I'm in the process of putting everything in this blog in the right order and I want to add as many details as possible. My writing needs to be edited at the point where the reporter decided not to continue and it's a shame that fear made this writer decide to bail out. I want to have it ready to submit to a publisher soon and I have so much hope that this story will finally get the attention it deserves. There's an incredible amount of personal injury involved in this and the things these people have done are ridiculous to say the least.
Many of my phone calls have been intentionally stopped from coming through and it started at the beginning of 2007. About a month after the phones started getting tampered with, a guy tried to make a deal with me that involved having all the business I could do if I didn't make any waves or call the F.C.C. about what was being done to my phones. One of my friends read this blog and he said it's so outlandish and overwhelming that it has to be true. Well it is all true and nothing has been even slightly embellished. Years of this kind of abuse has taken its toll on me and I feel numb from all the madness.

Thanks for doing this Pam and I appreciate it...