A Potential New War is Brewing and it is not Against Iran. 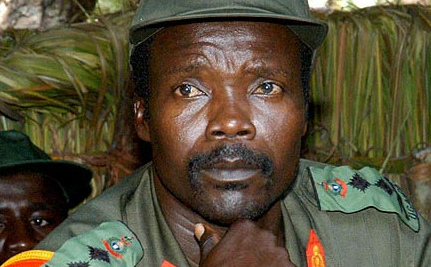 A 5,000-strong force will move to capture or kill Joseph Kony.  A meeting between the United Nations and central African governments in Uganda solidified to the operation.

Regional UN envoy Abou Moussa said Mr Kony, leader of the Lords Resistance Army (LRA), was believed to be in the Central African Republic. He has been wanted by the International Criminal Court (ICC) for crimes against humanity since 2005.

Kony has been the focus of renewed international attention because of the controversial ‘Kony2012′ campaign and a video seen by tens of millions of people.

Moussa said that soaring international interest in Kony has been “useful, very important.”

The force will be based in Yambio, in western South Sudan, near the border with the Central African Republic and the Democratic Republic of Congo (DRC).

Last week, the UN High Commissioner for Refugees (UNHCR) voiced concern over the recent displacement of several thousand people as a result of fresh attacks by the LRA in DRC’s north-eastern province of Orientale.

After a lull in LRA raids in the second half of last year that resulted in improved security, new attacks on civilians have been reported in the territories of Dungu, Faradje, Watsa, Niangara, Bondo and Ango in Orientale. The fresh attacks have caused 3,000 people to flee their homes.

There was no mention in the announcement of reports that Kony’s Lords Resistance Army has entered Darfur in Sudan or of what the role of US military advisers will be. Nor was it clear how Ugandan troops are involved (the force is supposed to be under a Ugandan commander), given that Ugandan troops are reportedly banned from entering DRC, according to Inner City Press, which closely follows United Nations news.

There is a credible theory that Uganda’s government and military have used the Kony issue for years, as a boogie-man and as a way to raise funds. With 5000 troops and 100 American military advisers, will Kony and a band of 200 to 700 fighters be caught?

There is a build up for a new war, possibly centered in Uganda-Kenya as the UN seeks to pursue that warlord-butcher Kony, who has had a lot of media coverage of late. Surprisingly, there is a lot of support from what I have encountered for this wanna be dictator.

Please take the time to watch this video I made, Thanks for the post.