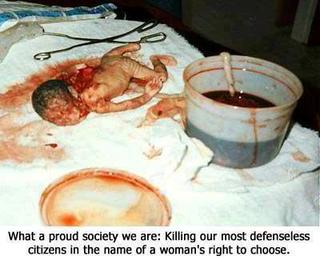 Friends and patriots, I feel it only fair to give fair warning that I/we are going to be posting more and more 'real' images and issues on this Facebook. Some will frankly be, disturbing. But the bottom line is - we live in a world full of evil, and it takes many, many forms. Protecting ourselves from it, avoiding it, not seeing and naming it makes the world a worse pl

ace; not better. We need to see these images. We need to know what's really going on and what we're up against. So I apologize in advance if things you see here are more graphic than you'd like, but I feel this must be done.
I have never been more conflicted about posting something to this Facebook than this picture. It is the most heart-breaking, gut-wrenching thing I’ve ever seen & I almost feel like apologizing for showing you this. Its indescribable. And if this is truly upsetting you the please do accept a sincere apology – but, as has been mentioned – these images need to get out.

My conflict over showing this ended when I was listening to David Barton (Wallbuilders) description of what accelerated the end of the Vietnam War. It was images on tv. In Vietnam, for the first time, we had real live color pictures and film of how messy war really is. Broadcast directly into people’s living rooms were pictures of soldiers with blown off limbs, burned body parts and other bloody images you just don’t see…unless you’re there. The American public got a look at those piles of body bags and said, “Enough!” and began to put pressure on elected officials to end this and bring our boys home! That pressure succeeded.

Then he compared it to abortion. There are no such images. Its not ‘real’ to most people. News media has never gone into an abortion clinic & shown us what’s in those buckets, the body parts, the mangled limbs & tissues and results of botched attempts…what happens to those children when the first effort fails, and the second. We’ve never seen it. There can be no doubt that if those images where a part of the populace’s conscience, abortion as we know it, would end virtually over night. I found this on Facebook & I feel like people need to see what they do to unborn Babies. What you do with your body is you choice but if you choose abortion this is the end result. This needed to be shared.  Above is a bigger picture for you to see the end result of abortion. 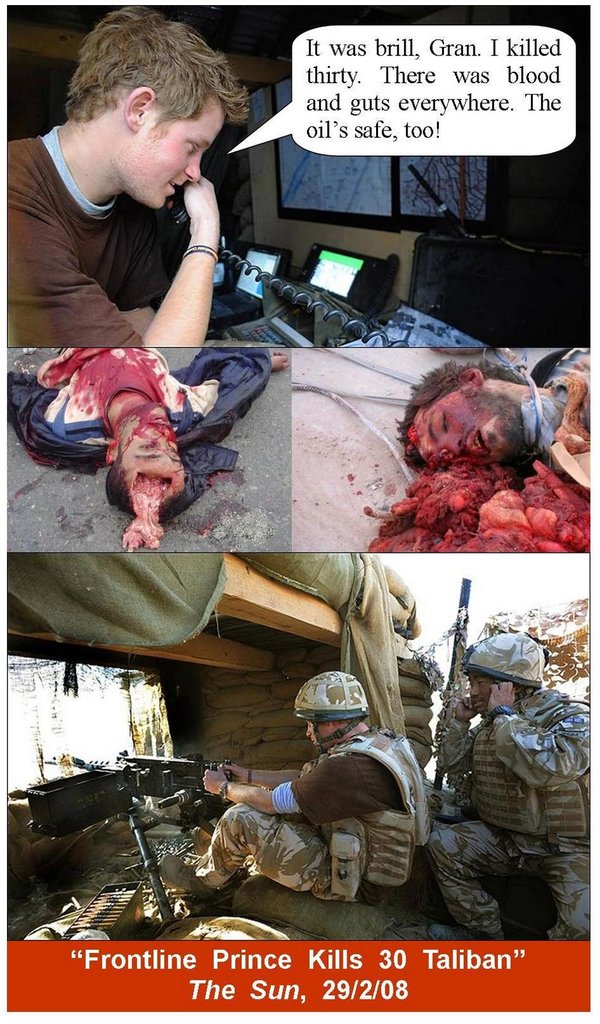 I was looking at some pictures of prince Harry's war efforts, where he points to a map and says "bomb this" the picture show brains and guts all over the place ( not those sanitized images you see on TV) he boasted about it. i normal person would be shocked at the carnage they caused. Of course it wasn't a military target  but Innocent people.

POST IT!  AND POST IT ALL!  The TRUTH is seldom pretty ... and especially in a communist/socialist world!