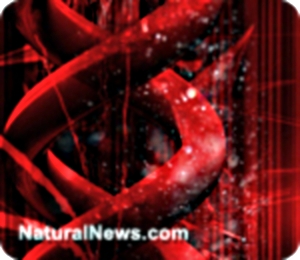 Unknown sources are funneling money into new research aimed at finding the so-called "evil" gene that may have been responsible for the recent mass shooting that allegedly took place at Sandy Hook Elementary School in Newtown, Connecticut. According to the U.K.'s Daily Mail, researchers from the University of Connecticut have been tasked with dissecting the dead body of Adam Lanza, the young man accused of killing 20 children and six adults at the school, in search of a malformed or mutated gene that may have triggered his alleged bout of violent rage that fateful December 14 morning.
Even though there is technically no solid evidence proving that Lanza was even responsible for the killings in the first place, the mainstream media has already declared his guilt, which means the pressure is on to manufacture a reason for the killings in light of the fact that there is no identifiable motive. As you may recall, there were at least two other suspects who fled the scene that day, according to initial reports, one of whom was taken down in the woods next to the school. But these two suspects completely disappeared from all subsequent media reports, and Lanza was pinned as the patsy who committed the crimes (http://www.naturalnews.com).
Much of the "official story" surrounding the Sandy Hook massacre, in fact, makes no sense at all, and there are numerous glaring inconsistencies in virtually all major media reports that scream of a coverup. Nevertheless, the general public has apparently been hoodwinked yet again by what appears to be another false flag attack designed not only to eliminate the Second Amendment to the U.S. Constitution, but also to identify a "flawed" gene that supposedly causes people to go on mass shooting sprees for no reason.
"They might look for mutations that might be associated with mental illnesses and ones that might also increase the risk for violence," explained Arthur Beaudet, a professor at the Baylor University College of Medicine in Texas, about the new research. "By studying genetic abnormalities we can learn more about conditions better and who is at risk and what might be dramatic treatments."
Such "dramatic treatments," of course, are sure to include heavy doses of various psychiatric medications, which have actually been shown to induce more erratic and violent behavior (http://www.naturalnews.com). But what is even more concerning about this plan is that it will be used to criminalize innocent people who possess the "defective gene," and who will be declared guilty of crimes before they even happen -- or in Adam Lanza's case, be declared guilty without any evidence or a proper trial.

'Prepping,' storing guns at home to be criminalized along with 'evil' gene

Once the researchers preparing the new study identify this "evil" gene, everyone who possesses that gene will become a criminal, or at the very least a major liability when it comes to getting a job that involves interacting with people. Those who possess the "evil" gene will likely never be hired at public schools, for instance, as their genetic "defect" will simply be too high of a risk -- "Think of the children!" they will surely say.
If this Big Brother control scenario is not disturbing enough, the Daily Mail also saw fit to include a caveat that perhaps Adam Lanza's mother's "prepping" tendencies may also have set him off. Described as a "prepper" who "stockpiled food and guns in readiness for a disaster," Nancy Lanza is all but blamed directly in the Daily Mail story for triggering her son Adam's alleged "mental condition."
So guns, prepping, and the "evil" gene are now all responsible for mass shootings, and we must do something about them immediately! Can you see the writing on the wall?
http://www.naturalnews.com/038502_Adam_Lanza_evil_gene_genetic_prof...

Guess I'll be a criminal hahaha what's next lmao