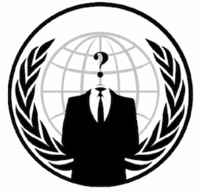 The first attack on the website was early Friday morning. The second - successful - attack came around 9pm PST that evening.

By 3am PST ussc.gov was down (it has since been dropped from the DNS), yet as of this writing the IP address (66.153.19.162) still returns the defaced site's contents.

It appears that via the U.S. government website, Anonymous had distributed encrypted government files and left a statement on the website that de-encryption keys would be publicly released (thus releasing the as-yet unkonwn information held on the stolen files) if the U.S. government did not comply with Anonymous' ultimatum demands for legal reform.

Anonymous explained that they used this webiste for symbolic reasons.

The U.S. Sentencing Commission sets guidelines for sentencing in United States Federal courts, and on the defaced ussc.gov website Anonymous cited the recent suicide of hacktivist Aaron Swartz as a "line that has been crossed."

The statement suggested retaliation for Swartz's tragic suicide, which many - including the family - believe was a result of overzealous prosecution by the Department of Justice and what the family deemed a "bullying" use of outdated computer crime laws.

It is possible, as suggested by the file names, that Anonymous may have taken files pertaining to each of the judges (all of whom were named on filenames at the bottom of the defaced page, such as "Scalia.warhead1") and put them in a file (named "Warhead-US-DOJ-LEA-2013.aes256") and then appended a command to the file that would nuke the file.

This suggests that Anonymous may have obtained files and nuked the compromised server.

Anonymous Tweeted that the group left a backdoor and made it editable in a way that encourages other hackers to come and shell the server.