The synthetic cell looks identical to the 'wild type'

Scientists in the US have succeeded in developing the first living cell to be controlled entirely by synthetic DNA.

The researchers constructed a bacterium's "genetic software" and transplanted it into a host cell.

The resulting microbe then looked and behaved like the species "dictated" by the synthetic DNA.

The advance, published in Science, has been hailed as a scientific landmark, but critics say there are dangers posed by synthetic organisms.

Some also suggest that the potential benefits of the technology have been over-stated.

But the researchers hope eventually to design bacterial cells that will produce medicines and fuels and even absorb greenhouse gases. 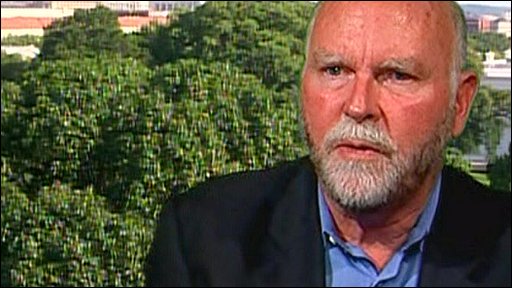 He and his colleagues had previously made a synthetic bacterial genome, and transplanted the genome of one bacterium into another.

Now, the scientists have put both methods together, to create what they call a "synthetic cell", although only its genome is truly synthetic.

Dr Venter likened the advance to making new software for the cell.

The researchers copied an existing bacterial genome. They sequenced its genetic code and then used "synthesis machines" to chemically construct a copy.

How a synthetic cell
was created

The scientists "decoded" the chromosome of an existing bacterial cell - using a computer to read each of the letters of genetic code.

They copied this code and chemically constructed a new synthetic chromosome, piecing together blocks of DNA.

The team inserted this chromosome into a bacterial cell which replicated itself. Synthetic bacteria might be used to make new fuels and drugs.

Dr Venter told BBC News: "We've now been able to take our synthetic chromosome and transplant it into a recipient cell - a different organism.

"As soon as this new software goes into the cell, the cell reads [it] and converts into the species specified in that genetic code."

The new bacteria replicated over a billion times, producing copies that contained and were controlled by the constructed, synthetic DNA.

"This is the first time any synthetic DNA has been in complete control of a cell," said Dr Venter.


Dr Venter and his colleagues hope eventually to design and build new bacteria that will perform useful functions.

"I think they're going to potentially create a new industrial revolution," he said.

"If we can really get cells to do the production that we want, they could help wean us off oil and reverse some of the damage to the environment by capturing carbon dioxide."

Even some scientists worry we lack the means to weigh up the risks such novel organisms might represent, once set loose”

Dr Venter and his colleagues are already collaborating with pharmaceutical and fuel companies to design and develop chromosomes for bacteria that would produce useful fuels and new vaccines.

But critics say that the potential benefits of synthetic organisms have been overstated.

Dr Helen Wallace from Genewatch UK, an organisation that monitors developments in genetic technologies, told BBC News that synthetic bacteria could be dangerous.

"If you release new organisms into the environment, you can do more harm than good," she said.

"We don't know how these organisms will behave in the environment."

The risks are unparalleled, we need safety evaluation for this kind of radical research and protections from military or terrorist misuse ”

"He isn't God," she said, "he's actually being very human; trying to get money invested in his technology and avoid regulation that would restrict its use."

But Dr Venter said that he was "driving the discussions" about the regulations governing this relatively new scientific field and about the ethical implications of the work.

He said: "In 2003, when we made the first synthetic virus, it underwent an extensive ethical review that went all the way up to the level of the White House.

"And there have been extensive reviews including from the National Academy of Sciences, which has done a comprehensive report on this new field.

"We think these are important issues and we urge continued discussion that we want to take part in."


Dr Gos Micklem, a geneticist from the University of Cambridge, said that the advance was "undoubtedly a landmark" study.

But, he said, "there is already a wealth of simple, cheap, powerful and mature techniques for genetically engineering a range of organisms. Therefore, for the time being, this approach is unlikely to supplant existing methods for genetic engineering".

The ethical discussions surrounding the creation of synthetic or artificial life are set to continue.

Professor Julian Savulescu, from the Oxford Uehiro Centre for Practical Ethics at the University of Oxford, said the potential of this science was "in the far future, but real and significant".

"But the risks are also unparalleled," he continued. "We need new standards of safety evaluation for this kind of radical research and protections from military or terrorist misuse and abuse.

"These could be used in the future to make the most powerful bioweapons imaginable. The challenge is to eat the fruit without the worm."

The advance did not pose a danger in the form of bio-terrorism, Dr Venter said.

"That was reviewed extensively in the US in a report from Massachusetts Institute of Technology (MIT) and a Washington defence think tank, indicating that there were very small new dangers from this.

"The flu vaccine you'll get next year could be developed by these processes," he added. 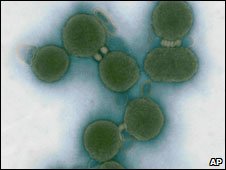 Discussions on the ethical implications of Dr Venter's work continue

Bioethicists have reacted with caution to the announcement that scientists in the US have created the first synthetic living cell.

They have succeeded in transplanting synthetic DNA for a bacterium into a host cell.

But what are the ethical implications of their discovery?

GLENN MCGEE, FOUNDER OF AMERICAN JOURNAL OF BIOETHICS AND FRANCIS PROFESSOR IN BIOETHICS

We have now accomplished the last piece on the list that was required to do what ethicists called "playing God". What that literally means is the capacity to be a creator.

There are a number of people who will find that very fact in itself terrifying. Many believe there ought to be certain areas that ought to be left alone. This is one of those areas where you can do things vastly before you consider their implications.

There are obviously very important ethical issues. This work has proceeded without any real regulation at all. The