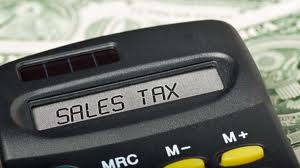 (Picture courtesy of Google Search - Royalty Free Images-. No claims to ownership of this graphic are made by the author of this article)

A friend told me today what he had heard on the radio while driving.  It seems that President Obama had suggestions for ways to curb the deficit, one which would lower the tax on food items by .5% and double the tax on all other items.

Now, I did not hear that particular program myself, but I can believe that that would be one idea to get a hold of this country's rampant deficit.

However, I, and as it appeared, many callers to the show disagree with that idea. Let's take a look why this is NOT a good idea to implement:

I don't know about anyone else, but within my circle of family and friends, most of us live paycheck to paycheck. the way it is right now, the coming paycheck is spent before it is even gotten. So taxing us more on goods and services is not doing any of us any favors.

The ONLY way that the budget will be balanced and the debt will be paid, is by creating jobs for the unemployed and the students that are finishing their schooling, stop companies from shipping our jobs overseas to a cheaper work force, getting rid of moochers, both individuals and companies, as well as countries, and to stop throwing our money away.