Take note of this diabolical design fitting only for the demented mind of the Jesuit!  Every American citizen born in the United States has both a Birth Certificate and a Social Security Number within eight weeks after his birth, like it or not!  (This is why all government agencies and business corporations want to know your “date of birth” and “social security number.”)  The Birth Certificate, when filed with the state’s Office of Vital Statistics creates an artificial person by operation of law, a quasi-corporation if you please.  No Consent or Intent is necessary!  This artificial person on paper, identical to a corporation created by a paper corporate charter and also filed with the state’s Secretary of State, has its name in ALL CAPITAL LETTERS 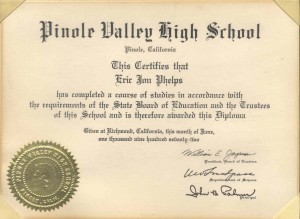 But there is more.  This artificial person is not only commercial, he is martial—a soldier whose name is also in ALL CAPITAL LETTERS!  This is why every soldier has his name spelled in ALL CAPITAL LETTERS.  This is why every military discharge contains the name of the soldier in ALL CAPITAL LETTERS with his Social Security Number immediately below the name.  Thus, this despicable Birth Certificate (as if by legal “magic” thanks to “operation of law”) created an artificial person which is both martial and commercial.  And you, the natural, living, breathing, bleeding, God-created, body/soul/spirit-possessing individual to spend eternity either in heaven or in the lake of fire, is SURETY—a SLAVE—for this paper monster. Yes, YOU, the SURETY, are merely to fight the pope’s crusades and pay the pope’s socialist-communist income/excise tax.  Indeed, King Solomon was right:

“He that is surety for a stranger shall smart [hurt] for it: and he that hateth suretiship is sure.” 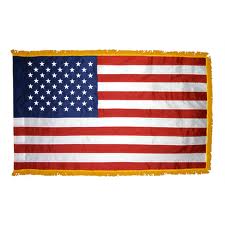 Further, did you know the IN PERSONAM jurisdiction of every federal and state court proceeds against your artificial martial/commercial person (evidenced by the name of the defendant always being in ALL CAPITAL LETTERS) for which YOU, the individual created in the image of the One True God, are SURETY?  Did you know that every federal and state court is an “Emergency War Powers” court and has been since March 6, 1933?  (This fact was indirectly admitted to me in open court by a federal judge in Allentown, Pennsylvania!)

Have you had enough?  Well, so has your Editor.  With this understanding and some help from an associate, your Editor has PAID his $164,551.30 personal tax lien.  The Lancaster office of the IRS was demanding payment of the tax on the tenth day of January, 2012, an IRS agent knocking on my door looking for the SURETY of “TAXPAYER ERIC JON PHELPS;” but due to my absence that day, the IRS agent left his calling card attached to my door.  By February 9, the game was over, the Kansas City office of the IRS apologizing for any inconvenience it may have caused.  Additionally, this similar process eliminated over $50,000 credit card “debt” so-called, allegedly owed by your Editor.

Due to this IRS fiasco that has been a thorn in the side of your Editor for thirty years, he will be participating in a seminar describing the three-part process which, in the end, gave him victory over the pope’s Holy Office of “Ignatius’ Revenue Service.”  Further, your Editor will be detailing the diabolical history that led to this SURETY/ARTIFICIAL MARTIAL/COMMERCIAL PERSONA legal relationship and the reasons behind its creation—by the Militia of the Black Pope.  The history will concentrate on the era beginning with the declared ratification of the Fourteenth Amendment (July 28, 1868) and culminating with the Erie decision of FDR’s pro-socialist-communist Supreme Court (April 25, 1938).  Armed with this knowledge, you will be able to do the same as did your Editor.  YES WE CAN!

Therefore, I will extend a private invitation to those of you responding to this post indicating interest in “the process.”  The seminar will be in Dallas from March 22nd to March 24th, an event that may never be repeated.  It will include four other speakers two of which being the foremost authorities on obtaining a “Secured Party Creditor” status, these men having never been prosecuted.  Further, you will learn how to get on the “DO NOT DETAIN” list during the coming martial law, that is if the law is to be obeyed by the coming fascist military dictator.