Casualties, massive damage as multiple tornadoes rip through US A powerful tornado storm system has ripped through several US states, killing one person in Oklahoma and at least 16 others in central Arkansas while causing major damage in the Great Plains, Midwest and Southern states.

A tornado killed one person in Quapaw, a small residence in Oklahoma, on the border of Kansas and Missouri, authorities announced, saying the storm struck the town around 5:30pm local time. The authorities are still trying to access the scene which has allegedly suffered damage to half of the community. 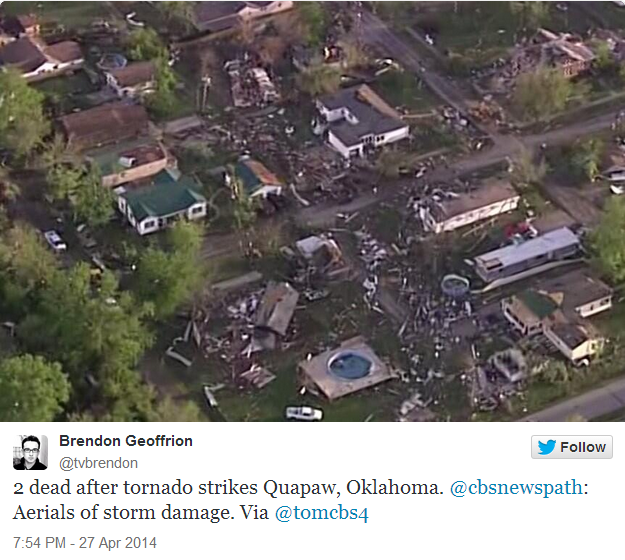 “Looks like about half of the town got extensive damage as well as the fire department,” Ottawa County Emergency Management director Joe Dan Morgan announced. 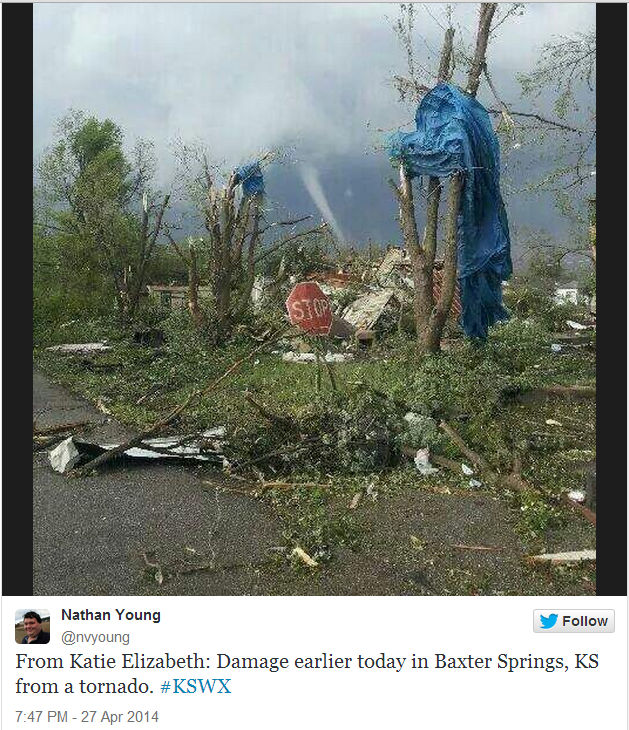 Tornado warnings are also in effect in for parts of Texas, Arkansas and Tennessee. More twisters were also recorded in parts of Nebraska, Iowa and Missouri, but no injuries were reported there.

“The greatest risk for a few intense tornadoes will exist across much of Arkansas perhaps into western and central Missouri,” a weather service advisory said. 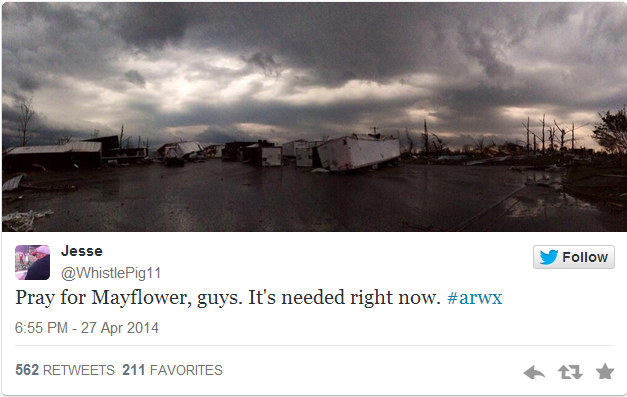 The twister ripped through along Interstate 40 between the suburbs of Maumelle and Mayflower, causing damage there. There were no immediate reports of causalities there. But a "mass casualty situation" was reported in the town of Vilonia, Arkansas, a spokesman for the Faulkner County Sheriff's office said.

The Arkansas Department of Emergency Management confirmed late Sunday that at least eleven people had died after a tornado tore through central Arkansas.

According to the Storm Prediction Center of the national weather service, affected areas that remain under threat of “severe potential” tornadoes with “95 percent probability of watch issuance” are Arkansas, far eastern Oklahoma, and far northeast Texas.