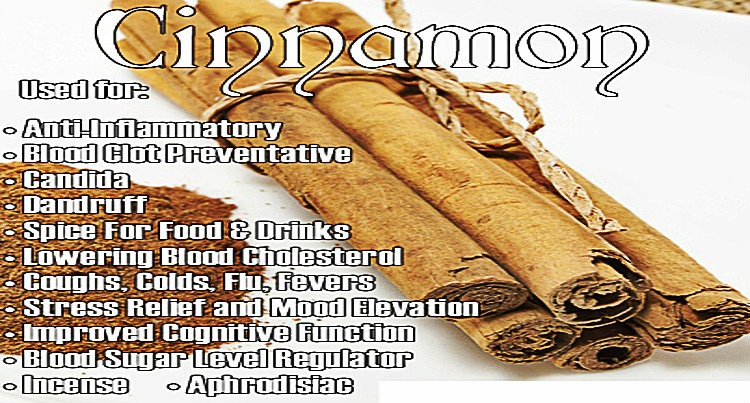 The history of cinnamon is a long and rich one fraught with intrigues, lies, betrayals, excesses, and folly. This once highly prized (and, in some cases still highly prized) spice has been known since antiquity and was once attributed to mythical sources - prior to the eventual discovery of its true places of origin.

Among one of the most ancient medicinal and aromatic spices, cinnamon is mentioned in all of the famous ancient Western and Eastern writings, although it is chiefly known for being mentioned sundry times in the Bible and the Qu'ran. [1]

Cinnamon was once so highly prized by the ancients that they thought it a gift fit only for royalty and gods. [1] Due to a strong monopoly by spice traders, who deigned to keep its source a secret in order to increase its price, various spurious and inventive place origins were created for cinnamon, among them the fabulous tale of 'cinnamon birds' or cinnamologus, a rare avian species 'endemic to the Arabian desert' that was said to collect the barks from an unknown part of the world to make their nests (a description which would later perhaps be used in the myth of the phoenix), which would have to then be ingeniously collected by the spice traders via various means of 'theft'. The false myth of the cinnamon birds are repeatedly mentioned by many ancient writers, among them Herodotus, Pliny the Elder, and even Aristotle. [2]

The price of cinnamon, as with some other spices, was tantamount to a fortune in ancient times - with a 350 grams of cinnamon being equal to as much, if not more than five kilograms of pure silver - far more expensive than silver itself! Due to its pricey nature, it was used very sparingly during ancient times, and sometimes truly was only used by royalty, or for sacrosanct ritualistic purposes. Occasional excesses of cinnamon consumption are reported by history books, perhaps giving some indication of the reverence with which is was regarded: The "mad" Roman Emperor Nero, in an extravagant act of remorse, ordered the burning of a year's supply of cinnamon for the funeral for his wife Poppaea Sabina. (History books record that he was responsible for her death). [3]

The use of cinnamon as a spice was widespread during the ancient times, but somewhat prolific use did not come until much later, when the East India Company ruled the spice trade industry and controlled the price. Connamon's uses also extended, from ancient times to this day, into its being used as a medicinal remedy for a wide assortment of ills.

Today, the majority of cinnamon production is still centered around the Ceylonese and Arabic areas, where as much as 35,000 tons of finished cinnamon of various species are grown and harvested. This is a huge amount, especially when one considers that only the inner bark of the cinnamon tree is used in the finest of all cinnamon sticks; with the outer bark, leaves, and all other harvested parts being discarded after processing. The main trunk of the tree and its roots are kept and maintained for re-growing. The creation of cinnamon sticks from the inner bark of the plant is also a highly meticulous process, even with the introduction of modern machinery.

Due to this, true authentic cinnamon of the highest quality is usually reserved purely for gourmet and specialty purposes, while its relatively cheaper alternative - the cassia bark (which not true cinnamon, although its flavour and aroma is close to it) - is usually substituted, or otherwise used to adulterate ground pure true cinnamon in order to make it less expensive.

The earliest use of cinnamon, especially during the ages of antiquity, culinary and ceremonial, as this highly prized herb was employed as a medicine by Greeks and Egyptians both, while at the same time used in many of their rituals and ceremonies as an incense. Once thought of to be a spice exclusively for royalty, the ancient Egyptians employed cinnamon not only as medicine and incense, but as a preservative in their highly secreted mummifying recipes. This practice of using cinnamon as a type of preservative would later on be copied by the majority of Europe which depended on spices not only to add flavour to their dishes, but to mask the unsavoury taste of rancid preserved meats. The application of cinnamon to meats, pies, savoury treats, drinks, and other foodstuffs first began as a move to cover up undesirable tastes through the often powerful flavour and aroma of the spice, although later on it was eventually discovered that an application of spices to foodstuffs, especially drying and curing meat products, also helped to enhance the flavour and retard spoilage due to cinnamons inherent antibacterial, antifungal, and antiseptic properties.

The use of cinnamon as a medicine is something that can be quickly done, as it can easily be integrated into a wide assortment of savoury desserts and drinks without much (if any) preparation at all. A regulated intake of foodstuffs that contain cinnamon is easy enough to do in a day, and the benefits are quite astounding. For one, aside from its antibacterial properties, cinnamon is known to help improve cognitive function as well as relieve stress, as even so much as smelling cinnamon triggers the brain to produce endorphins and serotonin (in much the same vein as dark chocolate does), reducing stress and giving one an elevated, relaxed feeling.

Cinnamon is also a great thing to mix with drinks or foodstuffs if one is suffering from heart-problems as it possesses two distinct benefits that may be helpful - first, cinnamon possesses an active chemical compound known as cinnimaldehyde, which acts as a natural anti-inflammatory and helps prevent unwanted blood clots from forming (a case which can otherwise be fatal), and secondly, the essential compounds found in cinnamon essential oil is said by certain studies to counteract the overproduction of bile, thus effectively lowering blood cholesterol levels - effectively reducing the risk of heart disease in the long-run. [4]

Cinnamon is also rich in the mineral manganese as well as in fibre, both of which are highly beneficial to colon health. If drunk as a tisane warm and sweetened with honey, it may also even provide instant relief from constipation and diarrhea. What's more, the essential oils found in cinnamon are used as a warming remedy to help allay the progression of coughs, colds, flu, and fevers in Traditional Chinese Medicine, making it a perfect curative snack or drink to have daily. [5]

The essential oil of cinnamon itself is now widely used in aromatherapy as an uplifting and stress-relieving scent, while highly diluted mixtures of base oils and cinnamon essential oil have even been made into exotic relaxing massage oils. A very strong decoction of the bark of cinnamon may even be used to help fight fungal infections, making it a great all-natural feminine wash (as it counteracts the production of the Candida strain of yeasts), as well as alleviate dandruff. Cinnamon hair-rinses have even been said to be able to effectively add luster to naturally dark hair, and, if used in conjunction with black tea, is even said to provide very subtle natural hi-lights.

Perhaps the most remarkable therapeutic benefit of cinnamon is its ability to help control the often unpredictable spikes of blood sugar, as is commonly the case for diabetics. Studies have shown that adding as little as 6 grams of cinnamon to a dish can help to lessen the rise in blood sugar levels after consumption. Cinnamon is therefore a perfect spice to add to drinks or permissible treats for individuals who suffer from type 2 diabetes, as it improves their ability to regulate their insulin levels by stimulating insulin receptors, and increasing the cellular capacity to use glucose by inhibiting enzymes that would otherwise inactivate such cellular action. [6]

Using cinnamon therapeutically is very easy, as it can always be readily ground (purchasing whole cinnamon sticks and grinding it when one is ready to use it is best, as it preserves the essential oils of cinnamon from dissipating) into treats, or otherwise mixed with drinks or prepared as drinks in its ground or whole form.

Gruenwald, Freder, and Armbruester (2010) had summarized in detail the utility of cinnamon not only as a culinary spice in our kitchen but also as a century-long traditional herbal medicine, providing in vitro and in vivo evidence from studies on the several properties of cinnamon. In their review, studies show that cinnamon has a wide range of effects, including anti-inflammatory, antimicrobial, antioxidant, antitumor, cardiovascular, cholesterol-lowering, and immunomodulatory activities. Cinnamon potentiates insulin activity or induces cellular glucose metabolism, hence acting as an insulin-mimetic agent. [7]

Cinnamon’s principal claim to fame is its promising potential health benefits on patients suffering from type 2 diabetes mellitus. The results of the study conducted by Khan, Safdar, Ali Khan, Khattak, and Anderson (2003) had demonstrated that an intake of 1, 3, or 6 g of cinnamon per day reduces serum glucose, triglyceride, LDL cholesterol, and total cholesterol type 2 diabetes patients, suggesting that cinnamon consumption will reduce risk factors related to diabetes and cardiovascular conditions. In this study wherein 60 diabetic patients were used as sample, after the 40-day cinnamon consumption period, mean fasting serum glucose decreased by 18–29%, triglyceride by 23–30%, LDL cholesterol by 7–27%, and total cholesterol 12–26%, with no significant changes noted in the placebo groups. [8]

The effect of cinnamon on blood sugar can be further supported by the results of a 2007 Swedish study in which the rate of gastric emptying, the postprandial blood glucose response, and satiety were looked into in healthy subjects after cinnamon ingestion and in which gastric emptying rate (GER) was measured via standardized real-time ultrasonography. This study revealed that an intake of 6 g of cinnamon as an addition to rice pudding lowers postprandial blood glucose and delays gastric emptying, with no significant effect on satiety. [9] Akilen, Tsiami, Devendra, and Robinson (2010) also maintain that cinnamon supplementation can be a potential adjunct to type 2 diabetes mellitus medications in reference to the results of their study. Their study on 58 type 2 diabetic patients on hypoglycemic agent treatment and with an HbA1c (glycosylated hemoglobin) of more than 7% had determined that an intake of 2 g of cinnamon for 12 weeks significantly reduces the HbA1c and systolic and diastolic blood pressures (SBP and DBP) among poorly controlled type 2 diabetes patients. [10] A systematic electronic literature search using the medical subject headings “cinnamon” and “blood glucose” by Kirkham, Akilen, Sharma, and Tsiami (2009) enumerated five type 2 diabetic and three non-diabetic studies that state that cinnamon indeed does have antihyperglycemic properties. [11]

The essential oil from cinnamon leaves also contains eugenol, a compound known to have antiviral properties in vitro. [14]

Names of Cinnamon, past and present