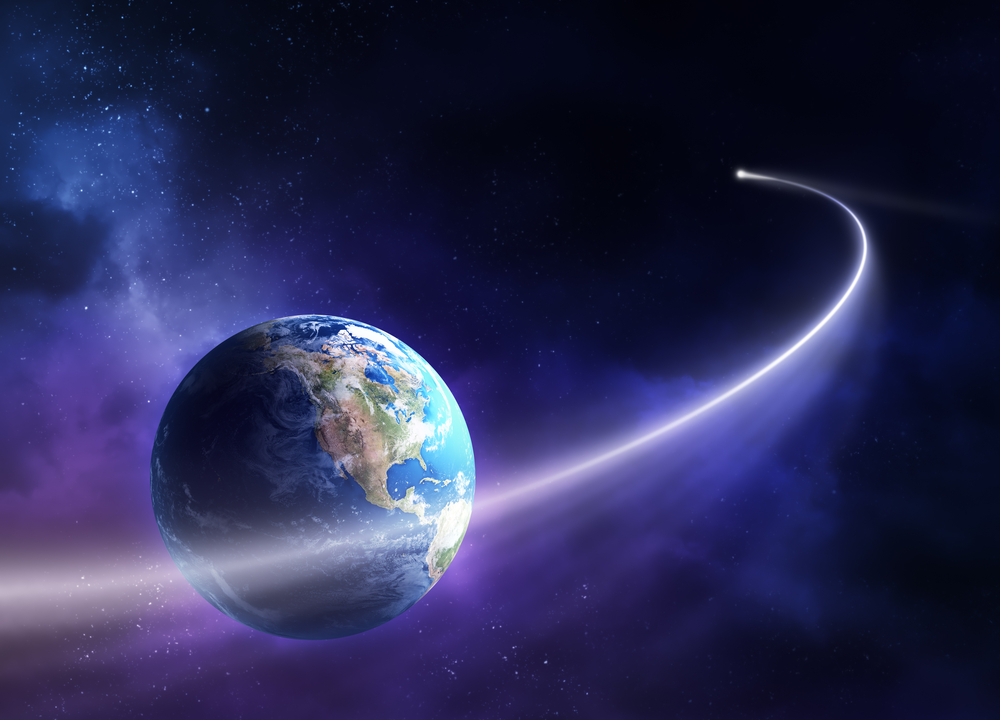 Comet Elenin has now passed with no ill effects, but for a wile people were predicting the end of the world.

Comet Elenin was a insignificant comet discoverd by Russian amature astronomer Leonid Elenin on December 10, 2010,but all sorts of crazy theories about it came out.

It was apparently heading in the wrong direction, so some people were saying it was a starship, others said Elenin was a acronym for Extinction Level Event Nibiru is Near.
The doom mongers had a field day. The theories of our impending doom were quite confusing with Nibiru and Elenin being the same in some reports.

Nibiru has speed up and was 1600 years ahead of schedule and was due in September. When it got near to the Earth it would cause earthquakes and volcanic eruptions, and the radiation cause by it's interaction with the sun would fry your brain. If that didn't kill you off, it would come round again in October and have another go. And just to finish us off it would drag a few asteroids behind it to bombard Earth. The strange thing was that the people making those prediction were quite calm.

Luckily that didn't happen. I think Nibiru does exist but it's not due until around 3600. Even then it might not cause such devastation. There are painting and cave drawings of Nibiru, so it's unlikely the radiation fries brains.

There was a elaborate theory, supposedly from the Andromeda Council.

Elenin in this case was just a comet, but it was suppose to clear the path for a solar system upgrade. With a brown dwarf and a few other planets. Of course these planets were cloaked so you don't see them. It was suppose to help us ascend to the fourth dimension. Then Nibiru would come but that will be zapped by the Andromeda council.

What really happened was Elenin just broke up and cause no damage.

So no end of the world, no ascension, no rapture. Looks like it was just a storm in a tea cup.

Please add a picture at the top of post or when it is posted everyone will just see my ICON I USE, Thanks ~