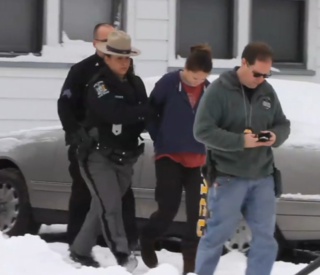 WEBSTER, N.Y. — The neighbor of a convicted felon who ambushed firefighters on Christmas Eve, killing two, bought the guns for him and lied to the seller, knowing that he wasn't allowed to have them, authorities said Friday.

William Spengler had picked out the semiautomatic rifle and shotgun used in the ambush and went to the sporting goods store with the neighbor when she bought them for him, U.S. Attorney William Hochul said.

The neighbor, Dawn Nguyen of Rochester, was arrested Friday. She faces a federal charge of knowingly making a false statement for signing a form indicating she would be the legal owner of the guns, Hochul said. She also was charged with a state count of filing a falsified business record, State Police Senior Investigator James Newell said. 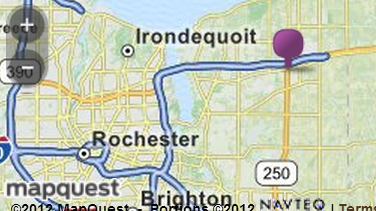 Shortly before her arrest, Nguyen told The Associated Press that she didn't want to talk about Spengler. A number listed in the name of her lawyer, David Palmiere, was disconnected.

The charges stem from the purchase of an AR-15 semiautomatic rifle and a 12-gauge shotgun that Spengler had with him Monday when firefighters Michael Chiapperini and Tomasz Kaczowka were gunned down. Three other people were wounded before the 62-year-old Spengler killed himself. He also had a .38-caliber revolver, but Nguyen is not connected to that gun, Newell said.

Police used the serial numbers on the rifle and shotgun, which were purchased on June 6, 2010, to trace them to Nguyen, Hochul said.

"She told the seller of these guns, Gander Mountain in Henrietta, N.Y., that she was to be the true owner and buyer of the guns instead of William Spengler," he said. "It is absolutely against federal law to provide any materially false information related to the acquisition of firearms."

"It is sometimes referred to acting as a straw purchaser and that is exactly what today's complaint alleges," he said.

The federal charges carry a maximum penalty of ten years imprisonment, a fine of $250,000 or both.

During an interview late on Christmas Eve, Nguyen told police she had bought the guns for personal protection and that they were stolen from her vehicle, though she never reported the guns stolen.

The day after the shootings, Nguyen texted an off-duty Monroe County Sheriff's deputy with references to the killings. She later called the deputy and admitted she bought the guns for Spengler, police said.

That information was consistent with a suicide note found near Spengler's body after he killed himself.

Nguyen and her mother, Dawn Welsher, lived next door to Spengler in 2008. On Wednesday and again on Friday, she answered her cellphone and said she didn't want to discuss Spengler. Her brother, Steven Nguyen, told the Democrat and Chronicle newspaper of Rochester that Spengler stole the guns from Dawn Nguyen.

Spengler set a car on fire and touched off an inferno in his Webster home on a strip of land along the Lake Ontario shore, took up a sniper's position and opened fire on the first firefighters to arrive at about 5:30 a.m. on Christmas Eve, authorities said. He wounded two other firefighters and an off-duty police officer who was on his way to work.

A Webster police officer who had accompanied the firefighters shot back at Spengler with a rifle in a brief exchange of gunfire before the gunman killed himself.

Spengler spent 17 years in prison for killing his grandmother in 1980. He had been released from parole in 2006 on the manslaughter conviction, and authorities said they had had no encounters with him since.

Investigators still haven't released the identity of remains found in Spengler's burned house. They have said they believe the remains are those of his 67-year-old sister, Cheryl Spengler, who also lived in the house near Rochester and has been unaccounted for since the killings. The Spengler siblings had lived in the home with their mother, Arline Spengler, who died in October. In all, seven houses were destroyed by the flames.

Investigators found a rambling, typed letter laying out Spengler's intention to destroy his neighborhood and "do what I like doing best, killing people."

Yup, you are right about that one. Seems something is going on that we see but can not prove.... But the people that are awake know.

All these weird killings,right around the time Obama wants to dis-arm American citizens. I don't know if people are flipping out from these poisons,lies and stress it causes,or if these 3 shooting,Colorado,Sandy Hook,and this aren't some sort of Wag the Dog move. Dedicated,as you are,posting at 2:30 am,me commenting at 1:25 PST!