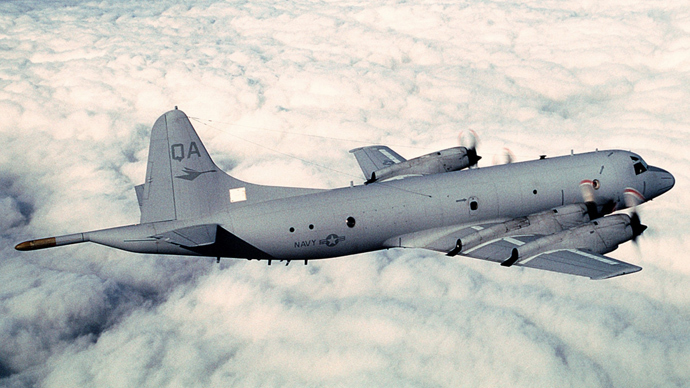 Tokyo and Seoul sent its aircraft into the disputed areas following a similar flight on Monday by two unarmed American B-52 bombers. Neither country informed the Chinese of their plans beforehand, stressing their defiance of Beijing’s claim over the airspace.

China announced last week that it now considers new airspace as part of its Air Defense Identification Zone and demanded that aircraft passing it notify Chinese authorities of their flight plans and identify themselves as they pass. The claimed zones include those over islands, the sovereignty over which China contests other nations.

Japanese military said Tuesday that it sent surveillance missions over the islands in the South China Sea, which are called the Senkaku in Japan and the Diaoyu in China.

"They are carrying out surveillance activity as before in the East China Sea, including the zone," Chief Cabinet Secretary Yoshihide Suga told a regular news conference.

"We are not going to change this [activity] out of consideration to China," he stressed.

Meanwhile South Korean forces flew over the Socotra Rock in the Yellow Sea. Both South Korea and China consider it to be within their respective exclusive economic zones and call it Ieodo and Suyan Rock respectively. The demonstrations of military defiance by the US and its allies so far did not draw any response from Beijing. Chinese military said it monitored the passage of the US bombers, but did not comment on whether they plan to take any action to enforce the new rules.

Some experts and policymakers believe the declaration of the defense zone was rather a symbolic gesture aimed at eroding Japanese and South Korean influence over the disputed territories rather than a practical move.

"China will not implement [the zone] fully because they do not have enough assets ... but they will try to scare smaller nations," told Reuters a source in the Japanese government, who spoke on the condition of anonymity because he was not authorized to discuss the issue with the media.

While choosing to ignore China’s claims in practice, its rivals are not hesitating to voice their displeasure on diplomatic level. On Thursday, a resolution approved by PM Abe’s party demanded that China rescinded the new defense zone, calling the move "unreasonable expansionism." The panel however refrained from using the wording “pre-modern and imperialist,” as was initially suggested.

The conflict also gives a chance for the US to reiterate its ties with its Asian allies. In a telephone call on Wednesday, Defense Secretary Chuck Hagel told his Japanese counterpart Itsunori Onodera that the defense pact covered the disputed islands. He also commended Japan for "for exercising appropriate restraint," a Pentagon spokesman said. 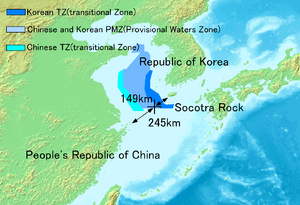 The traditional owners of this rock is South Korean, with China the Yellow Sea?

Socotra Rock is a submerged rock 4.6 metres (15ft) below sea level (at low tide) located in the Yellow Sea. International maritime law stipulates that a submerged rock outside of a nation's territorial sea (generally 12 nautical miles) cannot be claimed as territory by any nation. However, the rock is the subject of a maritime dispute between South Korea, which considers it to lie within its exclusive economic zone, referring to it as leodo; Mr: lodo) or Parangdo Suyan Rock.

The rock serves as the foundation for Korean leodo Ocean Research Station. A Korean helipad is also located there to allow the research station to be serviced. The rock is located 149 kilometres (80 nmi; 93 mi) southwest of Marado (just off Jeju island), Korea. For Japan, the island of Torishima, which is 275 km (148 nmi; 171 mi) away, is the closest territory. For China, Yushan Island of Zhejiang:

History. "Both "Parangdo" and "leodo" are names for the mystical island which the resident of Jejie island believe housed the spirits of fishermen who perished at sea.

The South Korean government has asserted a direct connection between these legends and the modern-day rock, claiming that the traditional saying that "One who sees Parangdo would never return" refers to the danger facing sailors when high waves allow the rock to break the surface - Socotra Rock's Korean name was officially designated as "leodo" on January 26, 2001, by the Korea Institute of Geology: