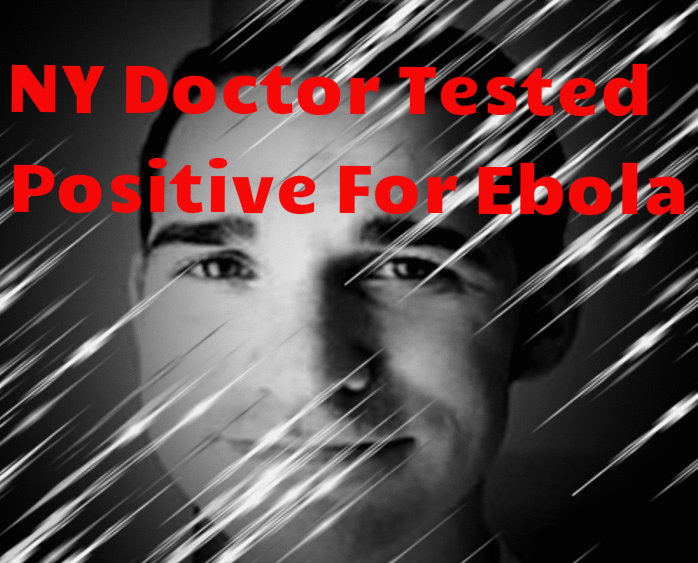 A New York doctor who recently returned from West Africa has tested positive for Ebola and is being isolated at a Manhattan hospital, city and state officials said Thursday night.

The doctor, who has been identified as Dr. Craig Allen Spencer by New York government sources, was placed in an isolation unit today at Bellevue Hospital after reporting Ebola-like symptoms. He had a fever and gastrointestinal symptoms when he was transferred to Bellevue, said NYC Department of Health and Mental Hygiene Commissioner Dr. Mary Bassett.

The Centers for Disease Control and Prevention will confirm the preliminary positive test. CDC test results are expected by the end of the day on Friday.

"We've been preparing for just this circumstance. We were hoping that didn't happen but we were also realistic," Gov. Andrew Cuomo said in a press conference. Ebola World View: Who Has It and Where
Ebola in America: Timeline of the Deadly Virus
Number of U.S. Biocontainment Beds May Surprise You

Spencer, 33, was treating Ebola patients in Guinea for Doctors Without Borders, according to the officials. Guinea is one of the West African countries currently battling an Ebola outbreak.

Spencer left Guinea on October 14, said Bassett. He traveled through Brussels, Belgium, and arrived at JFK Airport, on Oct. 17.

The city Health Department has already started to trace the patient's contacts, said Bassett, including four people he had contact with - his fiancee, two friends and an Uber driver.

His fiancee - identified by a family friend as Morgan Dixon - is under quarantine at Bellevue Hospital while his two friends are quarantined at home, said Bassett, who added that they aren't showing Ebola symptoms. The Uber driver isn't considered to be at risk for contracting the virus.

New York Mayor Bill de Blasio and Cuomo expressed their confidence in the staff at Bellevue Hospital to treat Spencer.

"There is no reason for New Yorkers to be alarmed," said de Blasio. "We've been preparing for months for the threat posed by Ebola. We have clear and strong protocols, which are being scrumptiously followed and were followed in this instance."

While Spencer only began showing symptoms when he reported a fever this morning, health officials have begun tracking his movements since his return to the U.S. Bassett said he took the A, L and 1 subway trains on Wednesday. He also went to the High Line park and a bowling alley in the Williamsburg neighborhood of Brooklyn, The Gutter, which was closed Thursday, "out of an abundance of caution," Bassett said.

The NYC Health Department will check the bowling alley on Friday, said Bassett.

Cuomo said he had spoken with Ron Klain, who was appointed by President Obama as his "Ebola czar." A CDC team was also en route to New York, said Frieden.

NewYork-Presbyterian/Columbia University Medical Center described Spencer as a "dedicated humanitarian ... who went to an area of medical crisis to help a desperately underserved population." 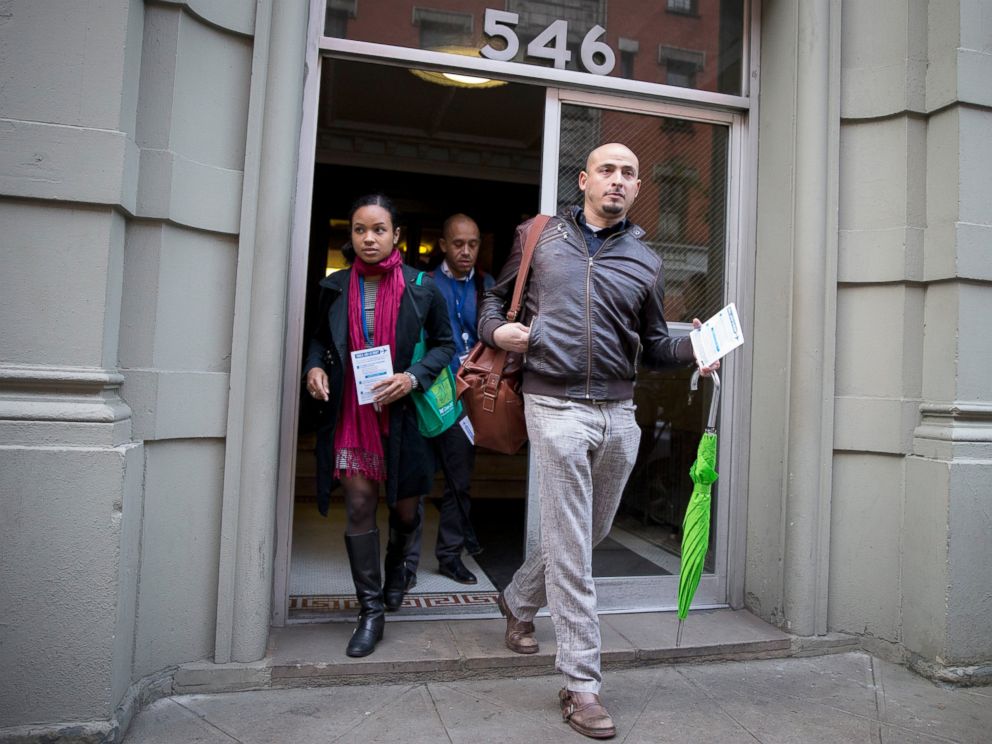 Brendan McDermid/Reuters
PHOTO: Members of the New York City Department of Health exit the building of a Health Care worker who is suspected to have Ebola in in the Harlem section of New York, Oct. 23, 2014.

Spencer's apartment was sealed off after it was cleared. Since he tested positive, a team will decontaminate his apartment in the Harlem section of New York.

Spencer is the fourth patient to be diagnosed with Ebola in the United States. Thomas Eric Duncan, a Liberian national, tested positive for the virus at the end of September in Dallas, where he infected two nurses who cared for him: Nina Pham and Amber Vinson.

Duncan died on Oct. 8, shortly before the nurses tested positive for the virus.

Vinson has been declared virus-free, her family announced Wednesday. Pham's condition has been upgraded from "fair" to "good."

Health officials decided to test the New York City patient for Ebola because of the patient's work, symptoms and travel history, according to the Bellevue Hospital statement. Bellevue is the designated hospital for the diagnosis and treatment of Ebola patients in New York City.