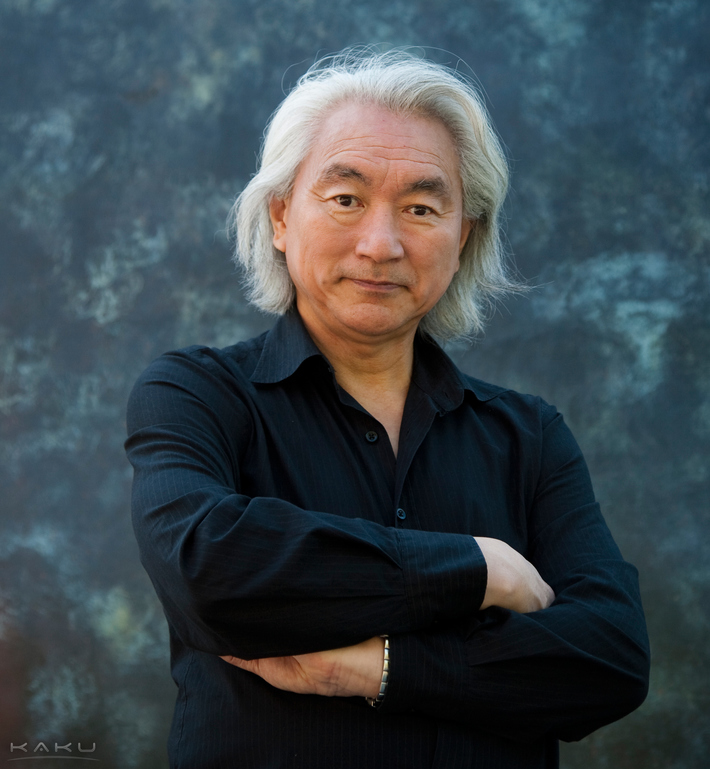 Michio Kaku is an American theoretical physicist, the Henry Semat Professor of Theoretical Physics in the City College of New York of City University of New York, a futurist, and a communicator and popularizer of science. He has written several books about physics and related topics; he has made frequent appearances on radio, television, and film; and he writes extensive online blogs and articles. He has written two New York Times Best Sellers, Physics of the Impossible (2008) and Physics of the Future (2011).

At Cubberley High School in Palo Alto, Kaku assembled an atom smasher in his parents' garage for a science fair project. His admitted goal was to generate "a beam of gamma rays powerful enough to create antimatter." At the National Science Fair in Albuquerque, New Mexico, he attracted the attention of physicist Edward Teller, who took Kaku as a protégé, awarding him the Hertz Engineering Scholarship. Kaku graduated summa cum laude from Harvard University in 1968 and was first in his physics class. He attended the Berkeley Radiation Laboratory at the University of California, Berkeley and received a PhD in 1972, and in 1972 he held a lectureship at Princeton University.

During the Vietnam War, Kaku completed his U.S. Army basic training at Fort Benning, Georgia and his advanced individual training at Fort Lewis, Washington. However, the Vietnam War ended before he was deployed as an infantryman. Kaku became a visiting professor at the Institute for Advanced Study in Princeton, and New York University. He currently holds the Henry Semat Chair and Professorship in theoretical physics at the City College of New York. Kaku has had over 70 articles published in physics journals such as Physical Review, covering topics such as superstring theory, supergravity, supersymmetry, and hadronic physics. In 1974, along with Prof. Keiji Kikkawa of Osaka University, he authored the first papers describing string theory in a field form. Kaku is the author of several textbooks on string theory and quantum field theory.

Kaku is popular in mainstream media because of his knowledge and his accessible approach to presenting complex subjects in science. While his technical writings are confined to theoretical physics, his public speaking and media appearances cover a broad range of topics, from the Kardashev scale to more esoteric subjects such as wormholes and time travel. In January 2007, Kaku visited Oman. While there, he talked at length to select members of that country's decision makers. In an interview with local media, Dr Kaku elaborated on his vision of mankind's future. Kaku considers climate change and terrorism as serious threats in man's evolution from a Type 0 civilization to Type 1.