Facebook fighting against 'largest ever' govt data request in court 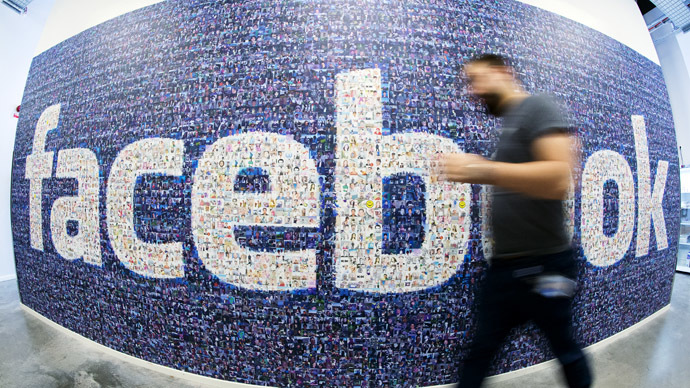 Facebook is locked in a legal battle over a court ruling that forced the site to hand over data from almost 400 profiles to authorities. The social media site argues the decision is unconstitutional and violates the Fourth Amendment.

Last summer, a New York court ordered Facebook to release data from the accounts of 381 people, who were suspected of being involved in a disability fraud case. The information included photos, private messages and other data.

The social media platform had previously been unable to go public about their legal struggle against the “largest data request” by a government body because of a court gagging order. However, Chris Sonderby, Facebook Deputy General Counsel published a blog post on Thursday speaking out about the case after a New York judge granted permission to go public.

"This unprecedented request is by far the largest we've ever received - by a magnitude of more than ten - and we have argued that it was unconstitutional from the start," wrote Chris Sonderby, a legal adviser to Facebook.
Sotherby goes on to say that of the 381 people whose account information was divulged, only 62 were actually charged.

“This means that no charges will be brought against more than 300 people whose data was sought by the government without prior notice to the people affected,” said Sotherby.

Facebook argues that such a request is unconstitutional as it violates the Fourth Amendment, which safeguards against unreasonable searches and seizures. In their latest appeal, Facebook’s legal team filed an appellate to push to invalidate the sweeping search warrants and return the data of the other 300 people that is still being retained by authorities.

“We recognize that law enforcement needs to investigate potential crimes, but we believe all government data requests must be narrowly tailored, proportionate to the case, and subject to strict judicial oversight,” said Sotherby.

Prosecutors argue, however, that given the magnitude of the case authorities needed access to suspects’ Facebook accounts.

"This was a massive scheme involving as many as 1,000 people who defrauded the federal government of more than $400 million in benefits," says Joan Vollero, spokesperson for Manhattan district attorney Cyrus Vance, Jr. "The defendants in this case repeatedly lied to the government about their mental, physical and social capabilities. Their Facebook accounts told a different story."

The data request eventually led to the charging of more than 130 New York civil servants, who had been cheating the system to obtain disability benefits.