Facebook’s New Censorship – Getting Ready for the 2012 Elections 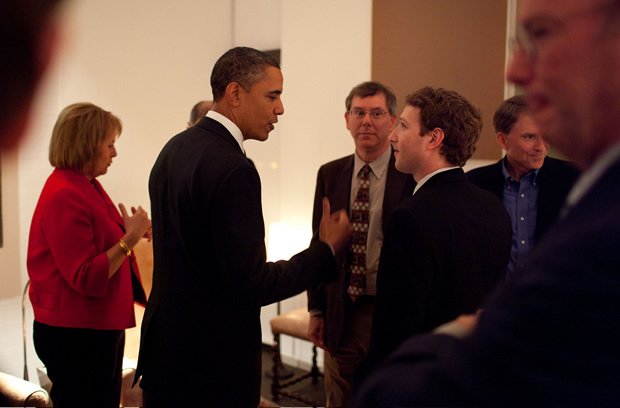 Obama and the lefties know full well how powerful a force social media is in an election. The Obamunists themselves credit Web 2.0  with playing an overwhelming part in Obama’s election. You do remember how proud they were to tell us how Blackberry and Twitter savy Obama was -  both of those are the vary  same tools  that the black thugs  use to organize the “flash mobs” but that’s a different story.

The one thing that we have in common is the recognition that Obama, his handlers and his minions are the most clear and present danger to freedom that we now face.

The drop kick into the trash heap of history that Obama got during the 2010 election further solidified for the Obamunists how critical Social Media is and will be for the 2012 elections.  There is only one problem. As hard as they try  Obama and the left no longer rules the Social media, the truth does and we do!  And  who are we?  We are the Tea Party,we are the Libertarian Party, the Constitutionalists  Party, the  Conservative Party, Anarchists, Republicans  we are the Ron Paul  and Palin and  Bachmann and yes even some Perry supporters ; another words America now rules social media not the left and not Obama. And the one thing that we have in common is the recognition that Obama, his handlers and his minions are the most clear and present danger to freedom that we now face.

This coming election will be like no other get ready get organized and stay strong.

The great success that Web 2.0 has had in bringing America to social media has left Obama without what was once his strongest weapons. Worse than that, for  Obama, freedom loving Americans now wield that weapon- but not for long…

It isn’t at all a stretch to believe that when Obama asked Zuckenberg for help the later simply replied  “how high?”

The thing is that not even Zuckenberg and all his engineers and programers can write an algorithm of the kind that will make America vote again for Obama. What Zuckenberg can do however is prevent us from communicating freely on Facebook and he can directly influence the stories that we see on our so called “news feed” Actually I should say that he can do that now whereas before it wasn’t all that easy!

Before this  all that  Zuckerberg could do was close down an account here and there and censure an anti Obama posting here and there but that was about it.  Evidently that wasn’t enough to help Obama so more had to be done!

In the newly formatted “news feed” Zuckerberg controls what you see based , allegedly, on his new algorithm that, he claims,  can calculate what stories interest you. So let’s call a spade a spade, realty is that Facebook now controls what stories you see.

I want to let THEM know that we are not as stupid as they think we are!

Now I don’t know about you but I am not so much on board with this BS! When I go to my “news feed” I want to see the stories and updates posted by those whom I chose to befriend. I might not agree with them all  and I might skip over a bunch of  them and I am sure they do the same to me but you see that’s just it, IT”S MY CHOICE, not Zuckerberg’s and his phony algorithm!

That this new  Facebook format come right on the heels of Obama launching of his new website AttackWatch.com is no coincidence. Obama and his allies are gearing up to win the propaganda war by silencing us.

This coming election will be like no other get ready get organized and stay strong.

This is not the least bit surprising! There are articles that explain that they have managed to block cell phone flash mobs before they can get established. However, it appears that they can use this to their own advantage. Once more I say we are going to have to come up with alternatives. In the twilight hours before full blown war with Iran and carpet bombing on our shores, it is high time we got a bloody horrible grip with the elite and confront them on their own turf before they kill us all off for their own profit.

Told you Zuckerberg was working with Obama, Here is the TRUTH! Share for & wide! This is why I have a website! www.unitedtruthseekers.com