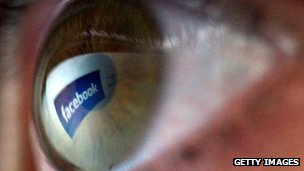 Facebook says it is looking into reports that pornographic and violent images have been posted to its website.

The pictures are reported to have shown up in users' newsfeeds.

According to the technology site, ZDnet, the material is being spread via a "linkspam virus" which tempts members to click on a seemingly innocuous story link.

A spokeswoman for Facebook said: "[We are] aware of these reports and we are investigating the issue".

Thousands of the site's members have posted comments about the breach on Twitter.

Other users complained they had seen pictures of mutilated animals and people, in some cases adding that they had deactivated their accounts as a consequence.

Several people are linking the attack to the Anonymous hacktivist group after a video appeared on YouTube threatening to "kill" the social network.

However, experts have questioned whether the video was authentic.

Internet security firm Sophos said the images had "flooded" the social network over the past 24 hours or more.

The company's senior technology consultant, Graham Cluely, said it was not clear how the offending content was being spread, but added that the website could face long term consequences.

"It's precisely this kind of problem which is likely to drive people away from the site," he wrote in a company blog.

"Facebook needs to get a handle on this problem quickly, and prevent it from happening on such a scale again."

The social network requires its members to be at least 13 years old to sign onto the service. Experts say the firm may need to issue warnings if the pictures have been seen by its youngest users.

"Facebook management may have a duty of care to encourage anyone who is underage and has viewed this to discuss it with their family or a school counsellor," said Sally Leivesley, managing director of NewRisk, a crisis management consultancy.

ON THAT NOTE ANYONE CAN JOIN US @