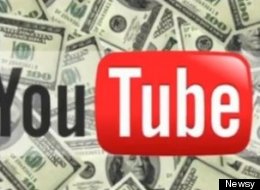 Google made good on its promise to weed out views inflated by artificial means last week, according to Daily Dot. Record company sites impacted included titans like Universal Music Group, which reportedly lost 1 billion of its 7 billion views, and Sony, who lost 850 million views.

The cuts affected marquee names like Rhianna, Beyonce and Justin Bieber. YouTube said in a statement that the figures had been deliberately, artificially inflated.

"This was not a bug or a security breach. This was an enforcement of our view count policy," the company, which is owned by Google, wrote.

The push was enacted to combat hackers and social media promotion sites that built up views and likes on YouTube, making them appear more popular and driving advertising revenue.

Users of sites like YouLikeHits and AddMeFast, popular among so-called black hat social optimizers, bemoaned their losses on forums following the YouTube purge.

Such sites appear to have violated the YouTube terms of service by utilizing "robots, spiders... and offline readers" to "[send] more request messages to the YouTube servers in a given period of time than a human can reasonably produce in the same period."

As news of the cuts spread, some critics suggested other recording artist social media could be similarly manipulated.

While the cuts may be seem dire, not every mega-hit was gravely affected. For example, the count for viral juggernaut "Gangnam Style," a Universal Music Group jam, is still dancing along at more than 1 billion views, a YouTube record.

This isn't the first bit of housecleaning implemented by YouTube this year. In October, Kotaku reported that YouTube would start ranking its most popular videosby "engagement" -- how long videos are watched -- rather than mere view counts.

The blog suggested such a change threatened to knock "Gangnam Style" off of its invisible horse, but it doesn't appear to have yet.

i'm sorry 2 be so uninformed,but i don't quite get this post,utube is inflating the amt. of folks who watch music vids?I know movies r removed ALL the time.