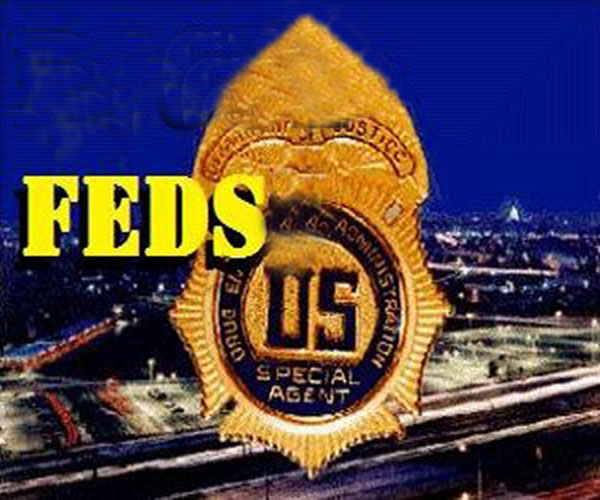 US authorities have initiated the largest round of domain name seizures yet as part of their continued crackdown on counterfeit and piracy-related websites. With just a few days to go until “Cyber Monday” more than 100 domain names have been taken over by the feds to protect the commercial interests of US companies. The seizures are disputable, as the SOPA bill which aims to specifically legitimize such actions is still pending in Congress.

The Department of Justice (DOJ) and Immigration and Customs Enforcement (ICE) have resumed “Operation In Our Sites”, the domain name seizing initiative designed to crack down on online piracy and counterfeiting.

The new round comes exactly a year after 82 domains, including Torrent-Finder, were taken over in 2010. At the time ICE labeled the actions “Cyber Monday crackdown,” referring to the Monday following Thanksgiving where consumers are persuaded to shop online.

TorrentFreak has identified more than 130 domains taken over by the government during the last 24 hours, which makes this the largest seizure round to date. The authorities have yet to comment via official channels, but we assume that they will use the same justification for the domain seizures as they did last year.

“The theft of ideas and the sale of counterfeit goods threaten economic opportunities and financial stability, suppress innovation and destroy jobs. The Justice Department, with the help of our law enforcement partners, is changing the perception that these crimes are risk-free with enforcement actions like the one announced today,” Holder added.

Compared to previous seizure rounds, there are also some notable differences to report. This time the action appears to be limited to sites that directly charge visitors for their services. Most of the domains are linked to the selling of counterfeit clothing (e.g. 17nflshop.com), and at least one (autocd.com) sold pirated auto software.

Last year several sites were taken down because they allowed their users to access free music and movie downloads, and these were followed by several streaming services a few months later. No similar sites have been reported in the current round.

After the November 2010 seizures were covered widely in the press, many torrent site owners began to work on backup plans in case they too become a target. A few dozen sites haveswitched over to alternative domains, and other torrent site operators have purchased additional backup domains just in case.

The need for a backup plan was only intensified when US lawmakers introduced legislation to make domain seizures common practice, such as the pending Protect IP and SOPA bills.

The fact that the authorities have once again launched a large crackdown on “rogue” websites begs the question why this legislation is needed in the first place. Apparently, the current system already allows for the seizure of domain names, without due process and all the otherconstitutional issues.

Perhaps the authorities will be able to answer this question when they officially announce the latest “Cyber Monday crackdown.” Meanwhile, a full list of the 131 seized domain names we have identified thus far is embedded below. 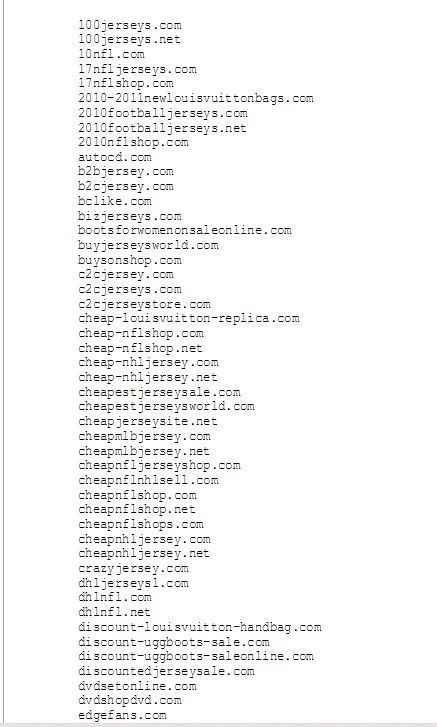 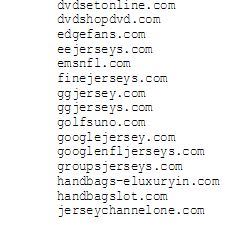 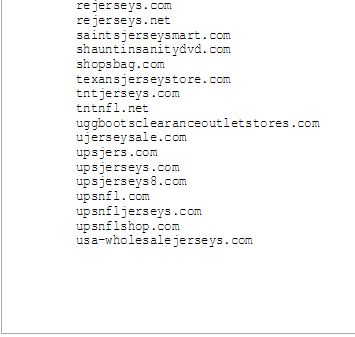