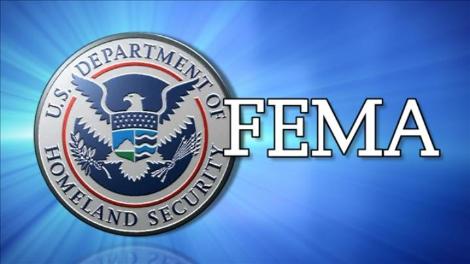 The Federal Emergency Management Agency (FEMA) is looking for contractors to construct temporary emergency camps inside the United States which can be ready for occupancy within a 72 hour time period and used to house emergency responders as well as “displaced citizens”.

The National Responder Support Camp contract, posted on theFederal Business Opportunitieswebsite, calls on contractors to “provide all necessary supervision, professional staff, labor support, material, supplies and equipment as necessary to make a RSC within a disaster-impacted area anywhere within the CONUS (Continental United States) within 72 hours after notification.”

The camps are primarily designed to house emergency responders, but will also be utilized to shelter “displaced citizens,” who will be “given the first opportunities for employment within the camp,” according to the solicitation. The camps will be able to service up to 2,000 people at one time.

As well as natural disasters, the 72-hour camps are designed to deal with terrorist attacks, National Response Framework activities of federal agencies, National Special Security Events, “or any other situation where FEMA or an agency working through FEMA needs a RSC.”

The camps will be secured with fencing and barricades that will also serve to create areas that are “off limits” to certain occupants. Entry to the camp will be controlled through a photo ID system for all occupants and visitors.

Medical treatment facilities, dining facilities, mobile showers and “morale welfare and recreation” facilities are all required as part of the contract.

FEMA’s latest efforts to satisfy the demand for emergency camps represents a continuation of preparations on behalf of the federal government to prepare for civil emergencies and potential social disorder.

Last December, Department of Homeland Security chief Janet Napolitano directed ICE (Immigration and Customs Enforcement) to prepare for a mass influx of immigrants into the United States, calling for the plan to deal with the “shelter” and “processing” of large numbers of people.

In 2006, Halliburton subsidiary Kellogg, Brown and Root was contracted by Homeland Security to build detention centers designed to deal with “an emergency influx of immigrants into the U.S,” or the rapid development of unspecified “new programs” that would require large numbers of people to be interned.

Last year we received a leaked memofrom a state government employee detailing KBR’s efforts to hire subcontractors to provide services required for temporary “emergency environment” camps located in five regions of the United States, indicating that many of the camps have now been constructed and are ready for use.

The construction of new detention camps inside the United States has provoked fears that the facilities could also be used to intern American citizens in the aftermath of a national emergency.

Rex 84, short for Readiness Exercise 1984, was established under the pretext of a “mass exodus” of illegal aliens crossing the Mexican/US border, the same pretense used in the language of the KBR request for services.

During the Iran-Contra hearings in 1987, however, it was revealed that the program was a secretive “scenario and drill” developed by the federal government to suspend the Constitution, declare martial law, assign military commanders to take over state and local governments, and detain large numbers of American citizens determined by the government to be “national security threats.”

A provision within the National Defense Authorization Act, signed into law by President Obama on New Years Eve, hands the government power to have American citizens arrested and detained without trial.