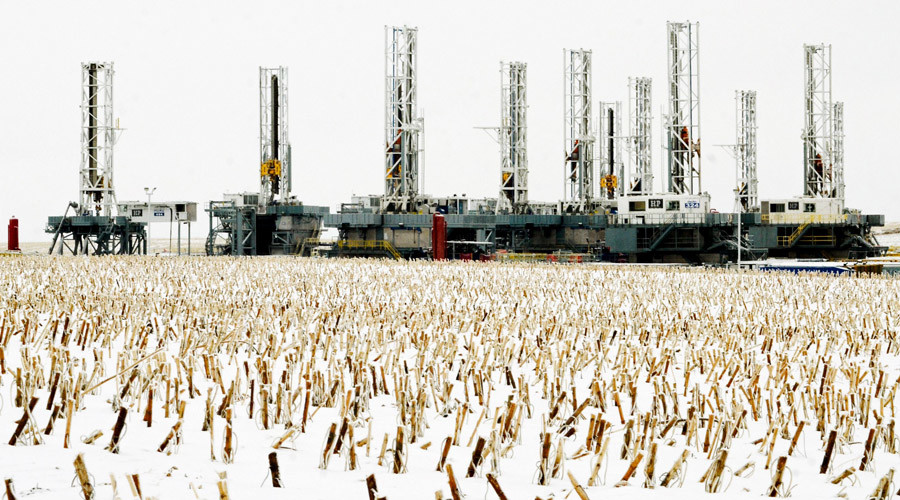 Water pollution from chemicals used in hydraulic fracturing, or fracking, could pose a threat to the health of West Virginians, particularly in terms of reproduction, according to a new study.

Researchers at the University of Missouri announced on Wednesday that they had found high levels of endocrine disrupting chemicals (EDCs) in surface water near a fracking wastewater disposal facility near Fayetteville, West Virginia.

“We found levels of these endocrine disrupting chemicals high enough to threaten health,” Susan C. Nagel, director of the study and an associate professor of biological sciences at the University of Missouri, told Buzzfeed.

EDCs can interfere with hormones in animals and humans. They can also cause cancer, birth defects, and developmental disorders, according to the National Institute of Environmental Health Sciences.

Nagel and her team took surface water samples at a fracking disposal site sitting on a hillside above Wolf Creek. The facility includes a deep waste well, several holding ponds, and storage tank. The creek then flows into the New River, just a few miles upstream from a drinking water treatment facility that serves 11,300 people.

“The level of EDC activity was within the range or higher than the level known to impact the health of aquatic organisms,” the statement added.

The chemicals found by the scientists have been linked to switched genders in fish, lowered fertility in mice, and hyperactivity in children, Buzzfeed reported.

The fact that higher levels of EDC activity were found downstream from the fracking wastewater disposal plant, as opposed to both upstream and in surrounding streams, is troubling.

“What’s really interesting is that they sampled from different sites that are in different places in watershed,” Andrea Gore, a professor of pharmacology at the University of Texas at Austin, which was not involved in the study, told Environmental Health News. “It clearly shows substantial difference in endocrine activity looking upstream and downstream.”

The study, set to be published in the journal Science of the Total Environment, does not say where on the wastewater disposal site the pollution comes from, however.

“Now that we have identified impacts to the local environment due to activities at the site, further work is needed to assess the specific routes of contaminant movement from these operations into the stream,” Nagel told EcoWatch. “It is likely that aquatic life downstream of this facility are swimming in oil and gas chemicals and at levels high enough to disrupt the endocrine system.”

The study is a follow-up to another study in which Nagel and her team found that prenatal exposure to two dozen fracking chemicals at the levels found in the vicinity had led to lowered sperm counts in male mice once they reached adulthood.

The problem isn’t that the EDCs are present in the water. The issue is the quantity of the chemicals researchers found in the downstream water samples.

Endocrine-disrupting chemicals “are found in just about everything we use on a day to day basis, including dyes, perfumes, plastics, personal care products, detergents and cleaning agents,” Seth Whitehead, a researcher at the Independent Petroleum Association of America’s outreach program, Energy In Depth, told Environmental Health News.

The researchers pointed that out in their study, according to Environmental Health News.

“In many cases, even with considerable dilution, levels of endocrine-disrupting contaminants would still be capable of disrupting the development of fish, amphibians, and other aquatic organisms,” the authors wrote.

Nagel hopes that additional research will be able to identify exactly how wastewater disposal impacts both surface and groundwater in West Virginia, she told EcoWatch.

“The major take-homes are that oil and gas injection well operations may be another source for contamination of surface water with EDCs used in oil and gas production,” Nagel said.