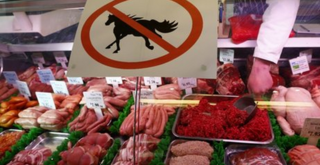 Germany’s development minister has suggested food tainted with horsemeat should be distributed to the poor.

Dirk Niebel said he supported the proposal by a member of the governing CDU party, and concluded: “We can’t just throw away good food.”

The opposition dismissed the idea, but a priest said it should be considered.

Meanwhile, traces of horse DNA have been found in six tonnes of minced beef and 2,400 packs of lasagne bolognese seized from a company in Italy.

The products were packaged by Italian group Primia, which is based in the town of San Giovanni in Persiceto, near the city of Bologna.

The health ministry said Primia had used meat from another company in Brescia and originally supplied by two other companies, also based there.

It is the first positive test in Italy since the scandal erupted last month.

Earlier, the Italian authorities said they had found no traces of horsemeat in beef products seized this week from the Swiss food giant, Nestle.

The health ministry said the 26 tons of cooked and frozen mince beef meals would be returned. A Nestle spokesman welcomed the decision.

On Monday, Nestle announced that it was withdrawing two types of beef pasta meals from supermarkets in Italy and Spain after test revealed traces of horse DNA.

A problem was identified with a supplier in Germany, H J Schypke, it said.

Another German supplier, Dreistem, has been blamed for recalls of tinned goulash sold by the Lidl in Germany and Scandinavia, while a third, Vossko, has been accused by Liechtenstein’s Hiclona of supplying beef tainted by horse for a pasta product withdrawn in Austria and Germany. All three companies have blamed their own suppliers.

On Friday evening, Germany’s consumer affairs ministry announced that it had now found traces of horse DNA in 67 of 830 food products tested.

Although horsemeat poses little or no health risk, the discoveries have damaged consumer confidence

On Saturday, a prominent member of the governing CDU party, Hartwig Fischer, told Bild newspaper that products tainted with horsemeat should be distributed to the poor.

The BBC’s Steve Evans in Berlin says others have echoed the sentiment, including Mr Niebel, who said there were 800 million people in the world who were hungry.

“Even in Germany, unfortunately there are people for whom it is financially tight, even for food. I think that we can’t just throw away good food here in Germany.”

The opposition has dismissed the idea as “absurd” and an insult to poor people, our correspondent adds, but Prelate Bernhard Felmberg, the senior representative of the Evangelical Church in Germany (EKD), has backed the proposal.

“We as a Church find the throw-away mentality in our society concerning. How and whether to distribute the products in question would have to be examined,” the priest said.

“But to throw away food that could be consumed without risk is equally bad as false labelling and cannot be a solution.”

A ministry spokesman told the AFP news agency that it was alerted by the UK Food Standards Agency (FSA) that six carcasses had been exported to France in January, but that the meat had already been processed. There was only a “minor” health risk, he added.

Earlier, three major French food companies have agreed to use only French beef in their products.

Findus – one of the firms at the heart of the scandal – and retailers Carrefour and Intermarche announced at the French Agricultural Salon that they would start using labels saying “100% French” from March.

French President Francois Hollande has said he wants mandatory labelling of the origin of meat used in processed food products. However, only a change in European Union legislation can compel manufacturers.

European agriculture ministers are expected to discuss origin labelling and meat traceability at a meeting in Brussels on Monday.