Here's the Risk: "Occupy" ends up doing the bidding of the global elite 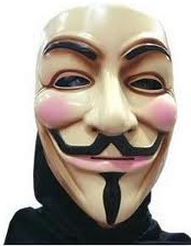 History shows us it is easy for 'grassroots' campaigns to become co-opted by the very interests they are fighting against
A 21st-century grassroots movement faces many pitfalls. This was as true back in 1968 as it is today. It could be infiltrated by law enforcement and intelligence agencies, or co-opted by a major party. As the state continues to creep further into our lives, activists can expect that it will use all its resources – not just the violent reaction seen in New York overnight, but also its agents, informants and surveillance packages – in its effort to monitor both sides of any serious social debate. Even bleaker, however, is the possibility that the movement was actually planned and launched by the very establishment activists thought they were waging a battle against in the first place. The larger the movement, the more interested a major party becomes in absorbing it into either the left or the right side of the current two-party paradigm.

The sudden emergence of America's Tea Party movement in 2007 is a good example. Republican presidential candidate Ron Paul, its inventor, used it as a springboard to highlight libertarian and constitutional issues during his 2008 campaign. Soon after, it was co-opted by key political and media influencers from the US right wing, associating itself less with a libertarian manifesto, and more with emerging figures within the Republican establishment. Now it is has morphed into nothing more than a block of voters whom the Republican party can rely to strike a deal with during an election cycle.

Arguably, the Occupy Wall Street movement has already drifted into the shadow of the Democratic party – with a number of Democratic establishment figures from the top down endorsing it. The Democrats' own media fundraising and media machine,Move On, has visibly adopted the cause. Like the Tea Party before it, the Occupy block would swing a close election during a national two-party race, functioning as a pressure-release valve for any issue too radical for the traditional platform.

Alongside this is the threat of being infiltrated. Scores of declassified documents, along with accounts from veteran activists, will reveal many stories of members who were actually undercover police, FBI or M15. In the worst cases of infiltration, undercover agents have acted as provocateurs. Such incidents normally serve to radicalise a movement, thus demonising it in the eyes of society and effectively lessening its wider political appeal.

Although the global Occupy movement has branched out in an open-source way, many of its participants and spectators might be completely unaware of who actually launched it. Upon investigation, what one finds is a daisy chain of non-profit foundations, all tied together by hundreds of millions per year in operational funding. The original call for Occupy Wall Street came from non-profit international media foundation Adbusters. Like many non-profits, Adbusters receives its funding and operating capital from other behind-the-scenes organisations. According to research conducted by watchdog Activistcash, Adbusters takes a significant portion of its money from the Tides Foundation, an organisation partnered with one of Wall Street billionaire oligarch George Soros's foundations, the Open Society Institute.

Although mostly hidden from the public eye, all major foundations and professional thinktanks undertake research and host training seminars, which are used to influence certain public and foreign policies, and thus, must have a political agenda. Theirs is the venue of choice for activities that cannot officially be conducted on the government clock.

Freedom House is another of Soros's Open Society partners. It supports the Centre for Applied Nonviolent Action and Strategies (Canvas), an organisation started by Serbians Ivan Marovic and Srdja Popovic. After playing a pivotal role in the CIA-backed deposing of Serbia's Slobodan Milosevic, the western media hailed Marovic as a democratic genius, but it came out later that his programme came out of an elite Boston thinktank's "regime change" manual, From Dictatorship to Democracy, written by Harvard professor Gene Sharp. Sharp's book is a bible of the colour revolutions – a "regime change for dummies". His Albert Einstein Institution has received funds from the National Endowment for Democracy and the Open Society Foundations, and his work serves as a template for western-backed opposition leaders in soft coups all around the world.

There are also reports of Canvas activity during the early days of Occupy Wall Street, including a video of Marovic himself addressing the general assembly. Currently, Canvas are touting their recent role in working with Egyptian and Tunisianprotesters from as early as 2009, teaching skills that helped bring down their presidents and spark regional revolt.

When the dust settles and it's all said and done, millions of Occupy participants may very well be given a sober lesson under the heading of "controlled opposition". In the end, the Occupy movement could easily end up doing the bidding of the very elite globalist powers that they were demonstrating against to begin with. To avoid such an outcome, it's important for a movement to have a good knowledge of history and the levers of power in the 21st century.

• Patrick Henningsen is speaking on Deep Politics and the Revolutions Business at Tent City University at St Paul's on Sunday, 20 November at 4pm