‘If you don’t like Trump, leave the country,’ US judge tells new citizens 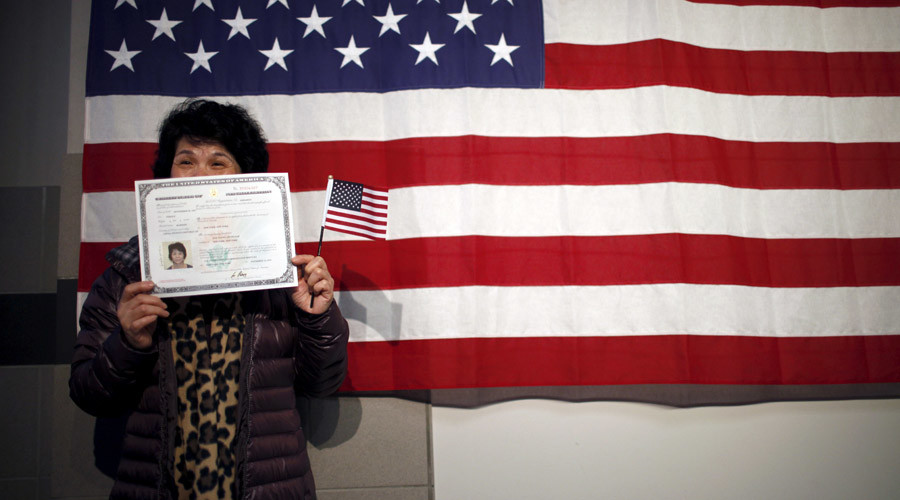 A federal judge in San Antonio, Texas, told an audience during a citizenship ceremony that if they don’t like President-elect Donald Trump, they should go to another country.
John Primomo, a federal magistrate judge for the United States District Court in the Western District of Texas, was presiding over the ceremony on Thursday. He criticized Americans who have protested in the days after Trump won the elections, according to KHOU.

“I can assure you that whether you voted for him or you did not vote for him, if you are a citizen of the United States, he is your president,” Primomo said in a speech. “He will be your president and if you do not like that, you need to go to another country.”

Primomo also took aim at protesters who have carried “Not my president” signs, as well as criticizing NFL players who knelt during the national anthem.

“I detest that, because you can protest things that happen in this country, you have every right to,” he said. “You don’t do that by offending national symbols like the national anthem and the flag of the United States.”

The federal judge later attempted to clarify his comments, maintaining that he was not a Trump voter and that he meant for his words to be unifying, according to the news channel.

READ MORE: Wave of racist incidents spreads fear across US after Tr...

The US reported a rise of racist and xenophobic crimes since Trump’s presidential victory, with 701 incidents reported since election day, according to the Southern Poverty Law Center, although this does appear to be declining.