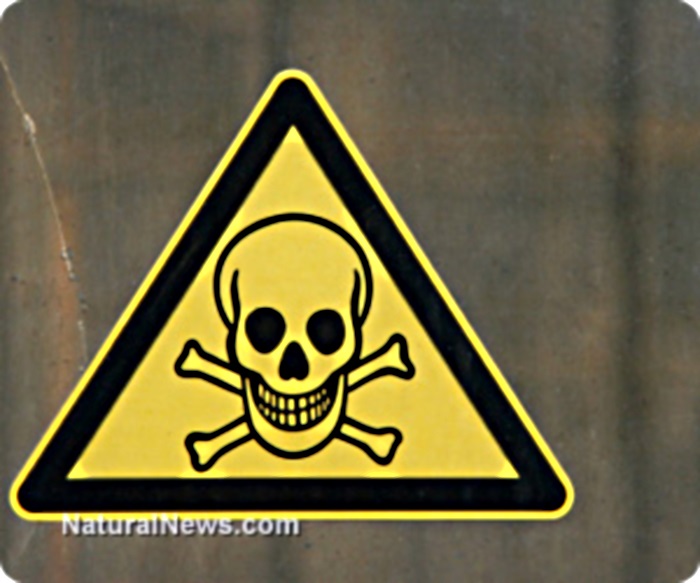 As you might imagine, the pest control industry is largely reliant upon the use of questionable chemical pesticides that, while effective against pests, may also be harmful to humans. And a recent WISHTV.com investigation has found that, in the state of Indiana -- and likely elsewhere -- the illegal use of at least one popular pest control chemical has led to the widespread contamination of restaurants, nursing homes, churches and other places where people commonly gather.

It is known generically as Fipronil, and federal law explicitly prohibits it from being applied indoors. But many pest control companies have reportedly been using this broad-spectrum pesticide in blatant violation of the law, applying it to indoor surfaces to eradicate persistent pests like ants that keep coming back even after normal outdoor application. And this is highly problematic, as the U.S. Environmental Protection Agency (EPA) lists Fipronil as a possible human carcinogen.

"The main thing is that ... they haven't done enough testing for indoor use," says Dan Miles, an exterminator from Indianapolis who is one of a few whistleblowers who tipped off state regulators about the illegal use of Fipronil within the pest control industry. "Especially if you allow children and pets back into a building and that surface is still wet or if they mixed it incorrectly, that material can be absorbed into their skin and that can become a big issue."

According to Miles, Fipronil, which is commonly marketed under the brand name Termidor, is so potent that it has to be heavily diluted with water prior to being applied. He says the chemical already works well outdoors, but many pest control companies have chosen to also quietly use it indoors for even better results, something that the Office of the Indiana State Chemist (OISC) has discovered may be putting thousands of Indianans at risk.

After state regulators began receiving tips from whistleblowers back in early 2012, OISC decided to conduct an investigation that involved swabbing the kitchens of restaurants and the floors of retirement homes, as well as various other surfaces in places like churches, health clinics, hotels and even grocery stores. So far, every single indoor test has come back positive for Fipronil.

When confronted with the shocking tests results, many local business owners and facility administrators expressed shock and dismay. Several of them told reporters that they had no idea that an illegal chemical was being applied indoors and that they simply contracted out their pest control services under the assumption that the exterminators knew what they were doing.

"We had no idea what they were applying," stated an administrator from one local retirement home on the west side of Indianapolis to WISHTV.com after learning that the facility contained detectable residues of an illegal substance. "It was supposed to be just our normal treatment."

Fipronil likely being used illegally in other states as well

Many others expressed similar sentiments, eventually leading investigators to one pest control company in particular, Ecolab, which reportedly serviced many of these locations. Though company officials refused to speak with the media, a former district manager admitted off-camera that, like many others, he used to apply Fipronil indoors, because it was well-known within the industry that the product was highly effective at eliminating pests.

The state of Indiana eventually reached a settlement with Ecolab in which the company was ordered to pay half of an $18,000 fine for its violations of the law with regard to Fipronil. But it stands to reason that many other pest control companies, including those outside of Indiana, could still be using Fipronil in violation of the law.

"If you hire [a pest control company], ask if they are licensed with the state, with [the appropriate agency] to do that type of work," recommends David Scott, OISC's Pesticide Administrator. "Ask, 'Are you licensed in the appropriate categories?' We always encourage folks to get 2-3 references to see what companies, businesses and applicators are going to suggest. And then, if you have a question, check the accuracy of what you've been told."
http://www.naturalnews.com/043164_pesticides_contamination_Indiana....