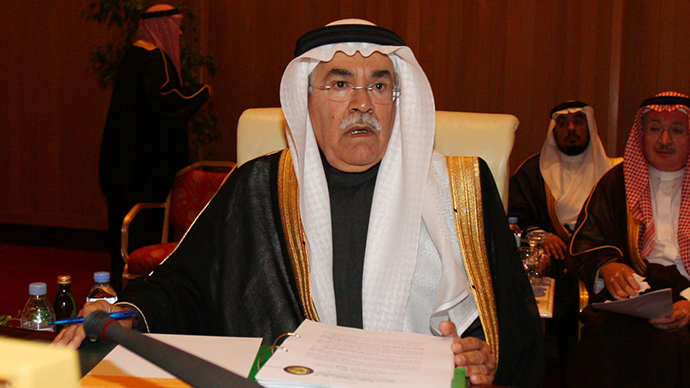 "It is difficult, or rather impossible [to imagine – Ed.] that Saudi Arabia and OPEC take any measures leading to a reduction in their share of the market and increase the share of others, " Ali al-Nuaimi, the country’s oil minister, said Thursday referring to non-OPEC countries.

Oil prices started to plummet after OPEC members chose to keep production as is, saying prices should be driven by market forces.

Prices have lost more than 45 percent from their peak of US$115 a barrel this summer. However, on Thursday they were heading for their biggest gain in more than two weeks in New York, as more investors and experts are coming to the conclusion that the oil price plunge was excessive. Brent crude stood at above $62 a barrel at 17.40pm MSK, with the WTI being traded at $57 a barrel.

He added that fluctuations in oil prices are a normal thing as the current crisis in the oil market is"temporary and transitional.”

"We can survive temporary fluctuations [of the oil price – Ed.] without a loss," said Al-Nuaimi.

Earlier, the government of Saudi Arabia said that the stability of the oil market implies cooperation by all producing countries and cannot be ensured by OPEC member countries alone.