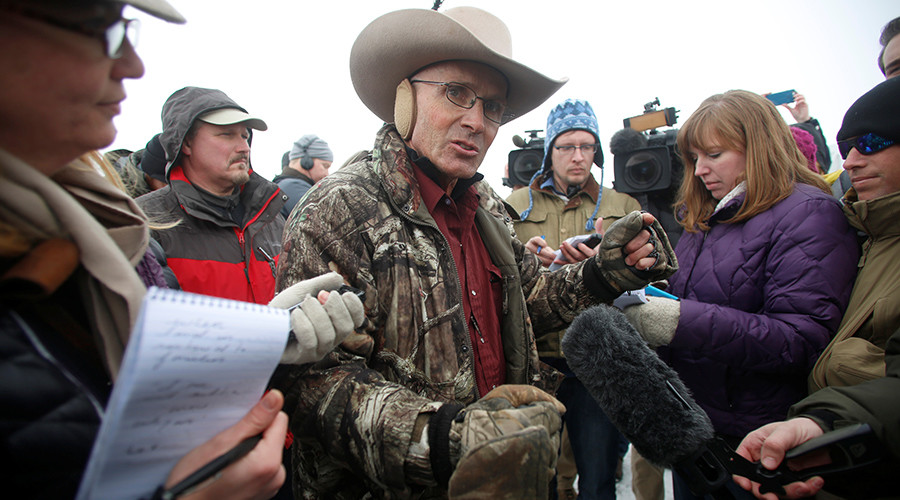 An indicted FBI agent pleaded not guilty to charges stemming from two gunshots fired at LaVoy Finicum, a spokesman of the militia that took over a federal wildlife refuge in Oregon. Finicum was fatally shot by other agents after a vehicle chase.

FBI agent W. Joseph Astarita pleaded not guilty at his arraignment Wednesday to five counts of lying and obstruction regarding shots that Astarita made in an attempt to hit Finicum during an arrest attempt in January 2016. US Magistrate Judge Janice M. Stewart presided over the arraignment. The shots in question have nothing to do with the subsequent shots that killed Finicum during the same altercation, the Los Angeles Times reported.

Judge Stewart gave the order that Astarita, a member of the FBI’s elite hostage team, remain free until his trial, the Los Angeles Times reported.

An Oregon state trooper reported seeing two rifle casings on the ground near where an FBI standoff with Finicum happened on January 26, 2016. During a probe at a later date, the Deschutes County Sheriff’s Office in Oregon came to the conclusion that one agent had shot twice at Finicum’s pickup truck after it had crashed into a snowbank during the altercation. They claim that the FBI agents removed the rifle casings in order to cover it up, the Daily News reported.

Finicum, 55, an Arizona rancher, made a trip to the Malheur Wildlife Refuge, which is located 30 miles south of the city of Burns, Oregon. Finicum became the spokesperson of a militia involved in a fully armed standoff with authorities while protesting the government’s treatment of ranchers and the federal wildlands policies. The lengthy standoff began January 2, 2016.

Oregon State Police and the Elite Rescue Team made the decision to arrest Finicum and the militia later in the month on a stretch of a rural highway as Finicum was leading a two-truck convoy full of passengers, according to the LA Times.

At first, Finicum pulled over for the authorities and then immediately sped away, at which point he crashed into a snowbank while almost striking a Hostage Rescue Team member who was creating a road block. A state trooper from Oregon fired three shots at Finicum’s truck but did not hit anyone.

Finicum then exits the truck with his arms up, at the same moment a passenger in the vehicle was taking a video of the confrontation that shows a bullet striking the roof of the truck and hitting a window.

Finicum then walked toward the authorities and appeared to be reaching into his jacket, where a loaded gun was kept. That’s when state troopers shot and killed him.

Jeanette Finicum, 57, who took over her husband’s ranch after he was killed, said: “I believe there’s more that needs to be done; there were other officers involved in the cover-up.”

Astarita declined to comment as he was exiting the courthouse after the arraignment.

The US Attorney for Oregon, Billy J. Williams, said that the lethal shots against Finicum “were necessary and justified.” When asked about the reason Astarita lied about the other shots, Williams said, “I suspect that question will be answered in court,” the LA Times reported.