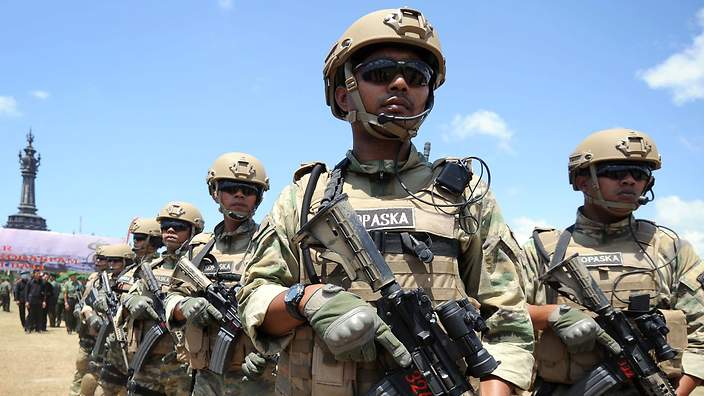 Indonesian officials say the country's air base in Makassar is being readied to respond to "any border violations" from Australia.

"If we notice any border violations, our air base in Makassar will be ready. Australia is reachable from there."

The Indonesian government is reportedly proceeding with plans to boost their army, navy and air force presence to protect the country's "territorial integrity and sovereignty".

A regulation planned to come into effect in June will allow for new formations of defence groups, called Kogabwilhan, to located at flashpoint locations, The Jakarta Post reports.

The Indonesian government has reportedly ordered 30 F-16 fighters, a dozen Apache attack helicopters and 103 Leopard battle tanks from the US and Germany, with plans to purchase a dozen armed Russian submarines.

The changes are expected to enable the military to more readily respond to threats from other countries, Defense Minister Purnomo Yusgiantoro said.

"It will also serve as a deterrence to other countries as the command will have the flexibility and the needed resources for rapid deployment."

The news comes after Australia's Immigration Minister Scott Morrison apologised to Indonesia after the Australian Navy admitted to entering Indonesian waters in error.

"Asylum seekers that have entered a country, including Australia, must be managed according to the UN Convention on Refugees," he said in a statement. 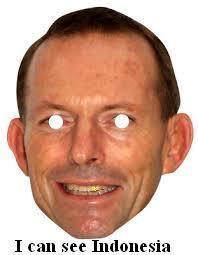 This rabbit wasn't born stupid? If I was a rabbit, I recon I could just hop-hop over their and give them money to buy more arms, that will fix the problem, and maybe donate million to buy our cattle, instead of giving the money to our own cattlemen, hmmmm