Place: The Kimball Castle aka The Cherokee Castle NOTE: This event could down on either the night of the 20th or the 21st!  We need people on the ground on both days!  We're not going to get an invitation to know which day it is so we want people to be aware it could go down either night!

This castle is only about 100 years old and it mixes some of the old with some of the new. The outside of the castle is semi fortress like with lots of rough hewn stone work. The inside of the castle is a bit more modern (albeit run down and abandoned) but one of the beautiful things about this castle is the gorgeous skylight in the atrium. This is a phenomenal piece of architecture that is perfectly set off by the wooden structure. When this castle was built, as in all its predecessors, light was a very big concern and this skylight really must have illuminated a lot of the inside. (The first picture shows a variety of halloween dummies and clothing strewn about). It looks like people were having little parties in this castle.

We Are Calling All of God's Warriors to Spread the Word!

Federal Whistle blower Stew Webb is organizing a world wide all night protest of a meeting that is far bigger and more important to the Illuminati than the current Bilderberger meeting in Virginia!  Stew has gotten confirmation that on June 21st during the summer solstice the top 100 Illuminati Banksters are meeting in Colorado at the castle you see at the top of the page.  Insiders have reported that a new born baby is sacrificed by these evil people during the wee hours of the morning.  You'll be able to see who these people are by which famous people show up in Colorado in the days leading up to the event.  After the party and satanic sacrifice many in attendance will actually make an appearance at a golf event in the surrounding area!   They usually attend the golf tournament at the Cherry Creek Country Club in South Denver.

The castle where all these rich evil people will be gathering is called the Kimball / Cherokee Castle. Stew is asking everybody to get involved in this protest whether you are in Colorado or not.   Apparently there are tours available of this castle during parts of the year but you better hurry if you want a tour because after this article hits they probably won't be allowing too many tourists to go see it!  Do not trespass on the property!  Do not try to be Rambo!  The last time Stew told somebody in the press about this event, they trespassed, got caught and ended up in a psychiatric facility for 6 months!  There is a public road that runs around this castle and a big neighborhood around it.  If you are local and want to help, start looking around the area and meeting neighbors if you can to see if they will tell you anything about it.  Apparently Stew has talked to neighbors in the past that have heard screaming coming from the castle but local police never come out and investigate! Stew Webb is very familiar with what goes on at this castle because he unwittingly married into the Illuminati Bankers!  His wife was the daughter of one of the top 13 families in the Illuminati - Leonard Millman!

The next picture shows another of the wonderful architectural properties of this castle. On the second floor there is a porch (We are standing on it) and it has these series of arches that you can look out through. This must have made for some wonderful indoor/outdoor activities.

Here is a closer look at the skylight. This next picture is interesting because of the window and it shows the state of the castle (run down) and it also shows that people do have little events in this castle. You don't think those goblets were filled with blood do you?

This is a superb picture looking at a window in the basement of the castle. Does it get any spookier than this? Banking collapse and his effort to get everybody involved at exposing the satanists meeting in Colorado on June 21st at Kimball / Cherokee Castle!

What to Look For on the Ground as We Approach June 21st!

Stew has told me that in one of the earlier years, they lit a forest fire to keep people out of the entire area so anything is possible.  Obviously we will be on the lookout for a fire that suddenly breaks out in the area before the event.  Stew reports that many of of these Illuminati banksters will arrive a day or two before the event.  One year GW Bush paid a visit to some little shopping center in the Castle Rock area right before the event!  Everybody should post any information they come across in the comments to this page or send it to us for posting.  A little birdie told me somebody might even see a prince in the area.  Would be nice to get a photo of a prince in Colorado around this June 21st time frame. 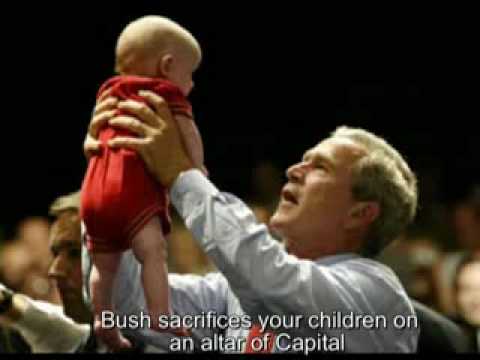 We encourage anybody within driving range to start checking out the area and taking pictures during the daytime.  See if you can meet neighbors that live around the castle and report what you can as soon as possible.  To pull off this event we need everybody's help.  We're all on a mission from God to shed light on the Illuminati satanic rituals going on the night of June 21st at the Kimball / Cherokee castle.  Contact, press, media, law enforcement and tell everybody to get in place to break the biggest story of 2012!  The leaders of the world are Satanists and we'll be proving it on June 21st!  Every human being reading this article must now choose between good and evil.  Join us now and inform everybody you know to sign up and be a part of this worldwide effort!  Expose the Illuminati satanic ceremony at Kimball / Cherokee Castle on June 21st and let's pray very hard that God will act through men and women everywhere to make this little satanic party something that the ones attending aren't going to like very much!

Note to the Good Guys in the government and military

Note to all "White Hats" in the NSA, CIA, FBI, local law enforcement and military!  I know that there are many of you that I consider to be the "Good Guys" that know that this event is going to go down soon.   I'm asking for everybody that believes in God and wants to be on the right side of history to call in every favor you have.  Call in all your chips and get us proof of this event going down!  Give us publicity, give us any hidden support you can possibly give us!  We need cameras and other equipment!  Photos and videos can always be  posted to this website after the event.  Do whatever you can do and lets put an end to Satanists running the planet into the ground!  It's time that we bring out the free energy that we all know is out there and build a paradise on Earth.  We are looking for the forces of good on this planet to stand up and do something.  We told you when and where this is all going down.   We can truly change the world if everybody does something for this effort!  Do something...do ANYTHING!  Thank you!

Websites and Radio Shows Standing Against the Illuminati Satanists Meeting at Kimball/Cherokee Castle on June 21st, 2012.

This post will be updated as I get information. Thanks

Will there be any gold-leaved roasted babies on the menu?

I wouldn't put anything against those bastards!