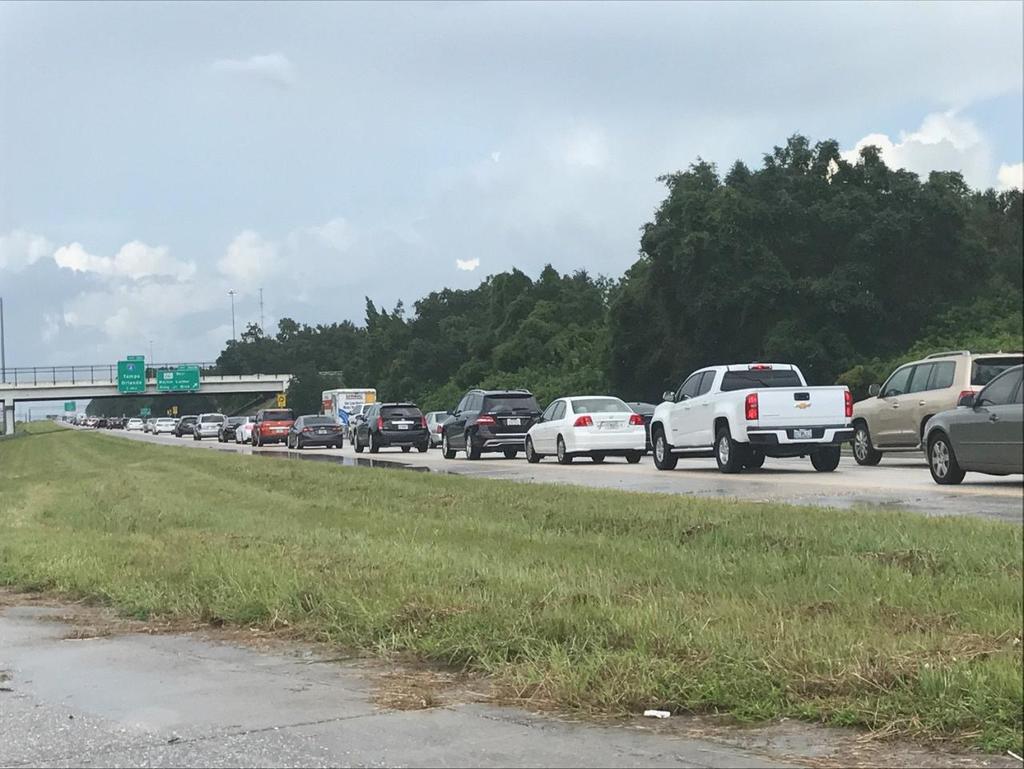 As hundreds of thousands of Floridians flee Hurricane Irma, people in the state of Georgia have opened their homes to strangers who emerged from hours-long traffic jams to find hotels and campgrounds booked solid.

Authorities in Florida have ordered about a third of the state’s population, 6.3 million people, to evacuate ahead of the hurricane’s expected landfall on Sunday. Some stayed put, but many left their homes. And many who drove to neighboring Georgia initially had nowhere to stay.

With churches in Atlanta appealing for donations of mattresses and blankets for shelters, and hotels and motels along Interstate 75 heading north to the city from Florida reportedly at capacity through next week, homeschool teacher Mary Hoyt decided something needed to be done.

She helped found Atlanta Hurricane Solidarity, an informal network that works via word of mouth and local news media attention, and has so far managed to match 75 evacuee families with homes in Atlanta.

“Those are the ones we have settled or on their way,” said Hoyt, who lives in the city’s eastern suburb of Decatur. “We have 300 more homes and counting that are available. People are so amazingly generous.”

At the Atlanta Motor Speedway, meanwhile, staff are accustomed to accommodating thousands of campers at their NASCAR stock car racing events. They have opened the facilities in Hampton, about 25 miles (40 km) south of Atlanta, for free to anyone seeking refuge.

Many Georgia coast residents were also locking up homes and heading inland before Irma hits. On Saturday, all lanes of Interstate 16, which runs west of historic Savannah, were turned inland for evacuating traffic only.

“There are a lot of Florida license tags here,” Darsey said, adding that people were still welcome to use the parking lot overnight if they needed a safe place to rest.

The Airbnb website listed 85 homes in Georgia and Florida on Saturday evening that had been made available for free to Irma evacuees by the properties’ owners, said Airbnb spokeswoman Crystal Davis.

The equestrian center in Alpharetta, another Atlanta suburb, has agreed to house 150 horses from Florida for free, said its director, Matt Casey. Forty horses had arrived by Saturday afternoon, and more were on the way.

One cat from Paisley, about 40 miles (60 km) north of Orlando, was en route to sanctuary in Indiana when she was spooked by a traffic accident while being driven through Atlanta. The 2-year-old calico named Coco jumped out of the car’s window and darted into woods.

“I’ve been heartsick over it,” said her owner, Cindy Voelz, 55. “She must be so frightened.”

Voelz is staying with friends in the city while she looks for Coco. She said she really appreciates the help she has had searching from volunteers at an Atlanta animal shelter.

“I can’t believe how nice everyone is here,” she said.