ISIS have fetish for kinky underwear, Viagra, and ‘abnormal sex’ “Perverted” ISIS fighters in the Syrian stronghold of Raqqa indulge in “brutal and abnormal” sexual practices, in sharp contrast with the austere religious image they try to project, claims a new report compiled by local activist journalists.

“A large section of ISIS members suffer from sexual anomalies and brutal instinctive desire for sex, except for sadism and perversion which they [are] carrying already,” alleges the online report, produced by well-known underground citizen journalism group Raqqa Is Being Slaughtered Silently (RSS).

Among the laundry list of purported perversions is the purchase of “strange underwear,” marrying“more than one wife, during short periods” and the “search for blue pills in order to increase their strength to have more sex.”

“Many cases that have been recorded from hospitals and physicians, about women who have been subjected to sexual practice in a brutal and abnormal manner,” says Abu Mohammed, the activist author, operating under a pseudonym.

But beyond the dark, headline-grabbing details, emerges a complex picture of an increasingly oppressive society, in which jihadist fighters enjoy untrammeled power over women.

The report says that by offering high dowries in a war-plagued city dependent on ISIS largesse, and threatening to kidnap women who refuse, ISIS fighters are able to have the pick of local brides. Some of the families have consciously sought out ISIS fighters as potential husbands for their daughters, to ensure safety and financial well-being. A diagram from Sound and Picture, an anti-ISIS resource, shows that over 500 marriages have been conducted by ISIS fighters in Syria, with almost a third of them to women under the age of 18. 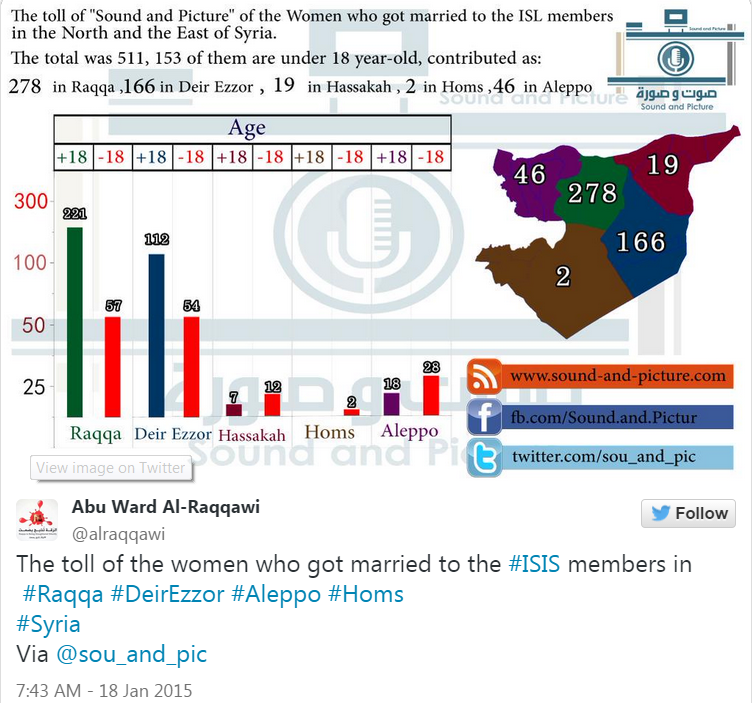 Meanwhile, those women who attempt to lead an independent lifestyle are subjected to highly strict Islamic tenets, enforced by the Hisbah, the ISIS moral police.

The new Saudi-style rules force women to leave the house only when accompanied by a guardian – usually a close male family relative – and find employ exclusively under the supervision of such a guardian. Universities and other higher education institutions have been shut down by the militants, and women are discouraged from traveling elsewhere to continue their studies. When a woman does manage to leave the house, she is forced to wear Hisbah-prescribed Islamic dress, which forces her to wear a double-layered veil, a loose abaya, or cloak, and gloves, to make sure that no piece of skin can be seen by anyone.

While the report carries only unverified assertions it tallies closely with both recent eyewitness accounts from the area, and the ISIS guide to women’s lifestyles, published last month.

A report in the Guardian, published on Tuesday, said that women who attempted to disobey with the above rules, either had their homes raided by the Hisbah, or were taken to a special police station, to have the rules explained to them, until they could be picked up by a guardian, though there have been reports of women having acid poured on their face for not covering up.

The notorious guide, which comes from the all-female al-Khanssaa Brigade, also said that women from the age of nine were eligible for marriage and that Islamic women should not “try to uncover the secrets of nature and reach the peaks of architectural sophistication."

The treatment of Sunni Muslim women under the self-proclaimed caliphate is still better than the widespread abuse meted out to Yazidi, Christian and Shia captives.

A UN report earlier this month accused the militant group of “systematic” atrocities, including “several cases of mass executions of boys, as well as reports of beheadings, crucifixions of children and burying children alive.”

An official guide to those, published last year, said that they could be sold as slaves, and used for sexual gratification from any age, in accordance with Islamic scripture. 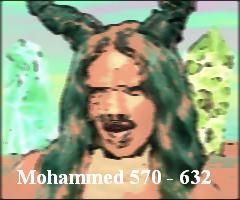