Julian Assange can be extradited to US to face espionage charges 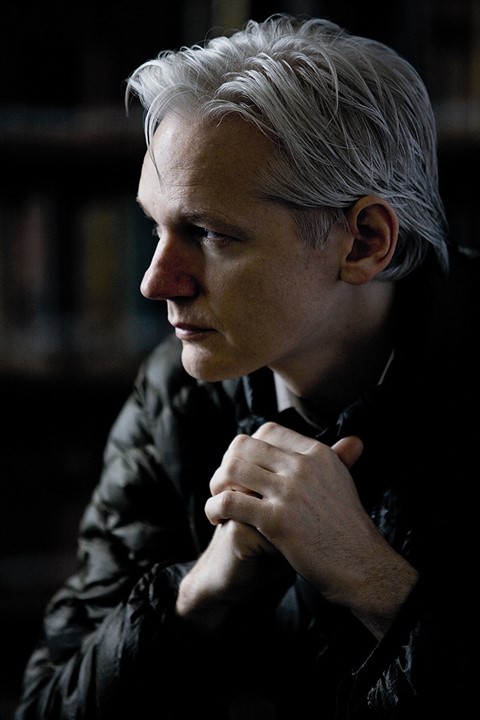 'How long can this go on?': Julian Assange's fiancee on US extradition ruling.

Julian Assange can be extradited to the US, according to the high court, as it overturned a judgment earlier this year and sparked condemnation from press freedom advocates.

The decision deals a major blow to the WikiLeaks co-founder’s efforts to prevent his extradition to the US to face espionage charges, although his lawyers announced they would seek to appeal.

Two of Britain’s most senior judges found on Friday that a then district judge based her decision earlier this year on the risk of Assange being held in highly restrictive US prison conditions.

In their ruling, they sided with the US authorities after a package of assurances were put forward that Assange would not face those strictest measures unless he committed an act in the future that required them.

Lord Burnett said: “That risk is in our judgment excluded by the assurances which are offered. It follows that we are satisfied that, if the assurances had been before the judge, she would have answered the relevant question differently.”

He added: “That conclusion is sufficient to determine this appeal in the USA’s favour.”

The judges ordered that the case be remitted to Westminster magistrates court with a direction that a district justice send it to the secretary of state, who will decide whether Assange should be extradited.

June 2010 - October 2010
WikiLeaks releases about 470,000 classified military documents concerning American diplomacy and the wars in Afghanistan and Iraq. It later releases a further tranche of more than 250,000 classified US diplomatic cables.

December 2010
Assange turns himself in to police in London and is placed in custody. He is later released on bail and calls the Swedish allegations a smear campaign.

February 2011
A British judge rules that Assange can be extradited to Sweden. Assange fears Sweden will hand him over to US authorities who could prosecute him.

June 2012
He takes refuge in the Ecuadorian embassy in London. He requests, and is later granted, political asylum.

November 2016
Assange is questioned in a two-day interview over the allegations at the Ecuadorian embassy by Swedish authorities.

January 2017
WikiLeaks says Assange could travel to the United States to face investigation if his rights are 'guaranteed'. It comes after one of the site's main sources of leaked documents, Chelsea Manning, is given clemency.

May 2017
Swedish prosecutors say they have closed their seven-year sex assault investigation into Assange. British police say they would still arrest him if he leaves the embassy as he breached the terms of his bail in 2012.

January 2018
Britain refuses Ecuador's request to accord Assange diplomatic status, which would allow him to leave the embassy without being arrested.

February 2018
He loses a bid to have his British arrest warrant cancelled on health grounds.

March 2018
Ecuador cuts off Assange's internet access alleging he broke an agreement on interfering in other countries' affairs.

November 2018
US prosecutors inadvertently disclose the existence of a sealed indictment against Assange.

2 April 2019
Ecuador's President Lenin Moreno says Assange has 'repeatedly violated' the conditions of his asylum at the embassy.

11 April 2019
Police arrest Assange at the embassy on behalf of the US after his asylum was withdrawn. He is charged by the US with 'a federal charge of conspiracy to commit computer intrusion for agreeing to break a password to a classified U.S. government computer.'

1 May 2019
He is jailed for 50 weeks in the UK for breaching his bail conditions back in 2012. An apology letter from Assange is read out in court, but the judge rules that he had engaged in a 'deliberate attempt to evade justice'. On the following day the US extradition proceedings were formally started.

13 May 2019
Swedish prosecutors announce they are reopening an investigation into a rape allegation against Julian Assange.

13 June 2019
Home secretary Sajid Javid reveals he has signed the US extradition order for Assange paving the way for it to be heard in court.

24 February 2020
Assange's extradition hearing begins at Woolwich crown court in south-east London. After a week of opening arguments, the extradition case is to be adjourned until May. Further delays are caused by the coronavirus outbreak.

15 September 2020
A hearing scheduled for four weeks begins at the Old Bailey with the US government making their case that Assange tried to recruit hackers to find classified government information.

4 January 2021
A British judge rules that Assange cannot be extradited to the US. The US appeals against the judgment.

10 December 2021
The High Court overturns that decision, and rules that Assange can be extradited.