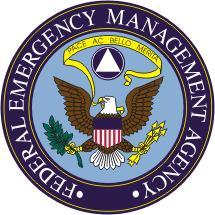 These all have railroad facilities as well as roads leading to and from the detention camps. The fact that these camps have railroad facilities becomes even more interesting when we take into consideration that FEMA supposedly ordered 102,000 boxcars with shackles. While I have not been able to verify this last piece of information there have been witnesses who claim to have seen them.

Why does America need all these camps and who are they for?

The mystery deepens with what seems to be stacks of mass coffins waiting to be filled across America.

Who are these coffins for? Have the American people been paying taxes for their own plastic coffins?

Now I realize that many will be saying, “where is the proof that these are coffins?” A company called Vantage who describe themselves as death care professionals, supplies coffins that look identical to those procured by FEMA.

This alone is worrying enough, but when we find out that FEMA requested information on the availability of 140 million packets of food, blankets, and underwater body bags, this gets downright scary. They ask that the food need only have a 36 month shelf life. This means that despite the well documented financial troubles the country is in, they are looking to spend a lot of money, and unless there is going to be a major catastrophe in the next 36 months this makes no sense. Do they know something that we don’t? Another good question is, why the underwater body bags? Are they expecting great floods, as seen in Japan, but even more catastrophic? Is the massive flooding of the Mississippi involved in this?

Also be sure to take a look at the National Emergency Centers Establishment Act. Whatever the reason they are not sharing it with us, it is something they have known about for some time. In fact it seems that while we have been kept in the dark, they, on the other hand, have been building underground bunkers connected by an advanced transportation system. It is claimed that they have been stocking these underground bases with massive amounts of food and supplies and have even developed the technology to grow crops underground.

Proof that the government have been building these underground facilities can be found during an episode of Jesse Ventura’s Conspiracy theories entitled ‘2012’. Jesse was stunned when interviewing Brian Camden, a survival condo architect, who told him that not only did these bases exist but that the US government had been on a crash building project from coast to coast for the past 10 years, which at times had left Brian unable to get material because the government was buying everything.

We can be sure that these bunkers are only being built for the Elite and that the rest of us will be left to fend for ourselves or end up in these FEMA camps. The ridiculous thing is that these facilities have been built with the American tax payer’s money.

The big question is, what are they preparing for? Many think that it is part of a depopulation program and the bringing about of a one world government called the New World Order. Others go with an end times scenario. Both these scenarios have some merit. The first is perfectly described in Alex Jones film End Game…

In my opinion they are trying to bring in a New World Order. I also believe that they want to reduce the population of the world. But could some natural disaster be on the way that they will try to use to achieve their goals?

While the second scenario many believe in is because the Mayan calendar ends in 2012 and religious beliefs like those found in the Book of Revelations portray an end of times scenario.

I for one haven’t given much time to this end of times scenario until I read an article from The Activist Post entitled “Bad News from NASA: Proof That Comet Elenin Is Affecting Earth“.

This article claims that a large celestial body has already penetrated our solar system and is on course for a near and possibly horrific encounter with the earth in the fall of 2011. This got me thinking about the mass animal deaths along with the strange weather abnormalities and natural disasters that we have found ourselves plagued with recently. Many, including myself, have wondered if HAARP could have had anything to do with these mysterious events.

There seems to be another possibility. Could there be a large celestial body which is going to pass between us and the sun? While reading this article from the Activist Post I remembered some YouTube videos that claim to be showing what looks like two suns. Have a look at these four videos and make your own mind up whether they are real or fake….

There are many more like these on the internet. Do these videos really show a large celestial body headed our way or is there another explanation? I personally won’t pretend to have the answers but I am sure that those who are in power do. I am also sure that they have no intention of telling us. All of these scenarios above would mean hard times ahead for us all. The one thing that I have learned is that we cannot trust those in power. The facts are that your tax dollars are being spent to keep them safe while the rest of us are left to take our chances in either the FEMA camps or facing whatever is to come.

Comment by Fiona Revell on July 15, 2011 at 5:08pm
I've always thought it was the elite looking 2 reduce population on the way 2 establishing the NWO and that HAARP has a major part in recent 'natural disasters' but these vids look pretty real- even so the powers that be would have been tracking something like this 4 a long time and could easily use it 2 midlead ppl into thinking they r not involved???

Comment by Pam Vredenburg on July 15, 2011 at 2:37pm
I made this web site to spread to the world all our words & what WE want to say to the world. I live in America & do not know what few people can do alone BUT if everyone will Rise Up something can be done! I can only do small things alone But We can do Bigger Things Together!~

Comment by lkjohnson on July 15, 2011 at 2:04am
Will there be world events that knock the earth off its axis, and be the end of life as we know it on Earth?  Sure beats the fema camp option. I prefer to believe that God is in control, and despite man's attempt to affect change with evil, the good will prevail. New world order is a satanic movement of depopulation, and desires to rule the world. Americans sit in their easy chairs watching CNN, hiding their heads in the sand of disinformation. Peace and healing to all.