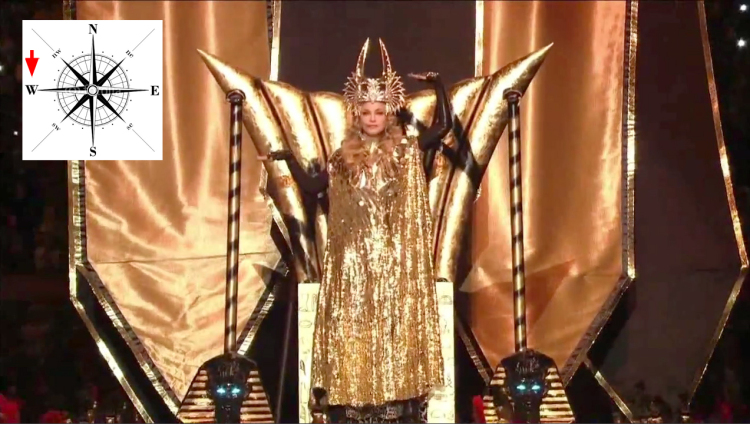 This is very disturbing to me! The words above are Madonna's words not mine & I will show you where! But lets look at some things & we will see what is really going on here! Madonna is a Eastern Star & is Related to BUSH. Now the video below  is Published on Sep 25, 2012 She is Pure Evil as the rest of this elite family practicing devil worship.  I have added some other videos you will enjoy if you never saw them before.

Madonna endorses Obama, calls him a 'black Muslim in the White House'

Madonna endorses Obama, calls him a 'black Muslim in the White House'

Speaking to fans at a concert in Washington, D.C. on Monday, Madonna issued a profanity-laced endorsement of Barack Obama, calling him a "black Muslim" who is "fighting for gay rights."

She began her speech with a brief history lesson, calling President Lincoln a "prophet" before jumping to Martin Luther King.

“And they killed him, as they do,” she said.

“And now, it's so amazing and incredible to think we have an African-American in the White House,” she added.

“So, y’all better vote for f**king Obama,” she said to wild cheers.

“For better or for worse…we have a black Muslim in the White House. Now that's some amazing s**t."

"“It means there is hope in this country. And Obama is fighting for gay rights, so support the man, g******t.”

"This is not the first time Madonna has mentioned Obama during her live act. Earlier in September, she thanked the president and unveiled a (presumably fake) back tattoo of his name," the Huffington Post reported.

"It appears Madonna is a low-information voter," Byron Yorktweeted.

"I denounce this hate speech, with a poorly-informed demagogue telling a crowd Obama is a 'black Muslim,'"added Jim Geraghty.

"Let’s see Obama go fight for gay rights in the Muslim world. That would be amusing," observed a post at Jammie Wearing Fools. This shows the elite family tree!