Media attacks on Snowden ‘serving the interests of the surveillance state’ 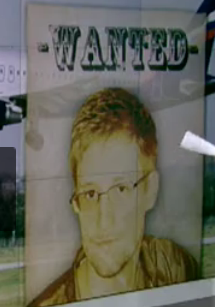 Instead of devoting coverage to surveillance information revealed by Edward Snowden, the mainstream US media has slandered him. This reaction highlights the inadequacies of the American news cycle, geopolitical analyst Eric Draitser told RT.

RT: It appears Snowden is still in Russia, although he is believed to be in an international transit zone. What do you think he will do next?

Eric Draitser: I think that’s impossible to say at the moment. We hear reports about Ecuador, though we’ve seen with the case of Julian Assange that that’s no guarantee. We’re still waiting to see. But what I think is most interesting is the reaction here in the United States. Your reports have talked about what we’re seeing internationally, maybe in governments or people around the world - but in the United States, we see a concerted propaganda campaign designed to demonize and destroy the image, if not the total character, of Edward Snowden. We see this happening from the right wing and also the left wing.  This is now becoming a real story inside the United States – the way in which the controlled media is attacking Snowden and serving the interests of the surveillance state and the partisanship behind President Obama.

RT: The US government wants Moscow to go in and arrest Snowden even though he’s in an international transit zone - a limbo area which is not officially on Russian territory. Do you think this is going to sour relations between the US and Russia?

ED: I think this is going to precipitate a fight out in the open, but remember that relations have been soured long ago. Remember that the United States has been positioning missiles throughout Eastern Europe and Asia for years. Washington has also placed missiles inside Turkey and elsewhere for the purpose of menacing Russia. The United States has engaged in cyber-attacks launched at its enemies in China and Iran, and it’s likely the Russians are involved in that too. So the relationship has been under the assault of the ruling class in the United States for quite a while – and the reason is because President Putin represents opposition. He represents a counter-veiling force to US hegemony. I think that the Snowden case is really simply a microcosm of that. Moreover, we see that Putin and the government in Russia represent the interests of international law, humanitarian concerns, and basic human decency – just like with Syria. The notion of extraditing Snowden to the United States is essentially delivering him into the hands of torturers, into the hands of criminals.

RT: You just talked about these counter-veiling forces rising. One of these forces is China. A lot of reports suggest that China may have helped Snowden leave the country and assisted him along the way. Is Beijing sending Washington a big message here?

ED: Absolutely. And I think the revelations from Snowden about the hacking of computers in Hong Kong is only the tip of the iceberg. We know that the cyber-attacks that have been launched by the United States, Israel, and their partners are only what we know publicly. There’s much more happening behind the scenes and the Chinese are angry about that. They’re also angry at attempts to demonize them as if they are somehow the ones conducting an illegal operation. This is purely a deflection away from the fact that the United States is the criminal violator of human rights, that the United States is the one engaged in illegal activity, and that the United States attempts to impose its will through so-called diplomacy on countries like China and Russia against their own interests and against the interests of international law. Ten years ago, this would have stood. Today, not so much.