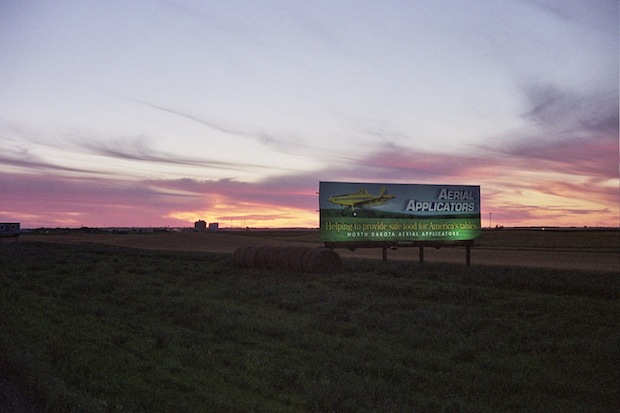 Monsanto, enemy of organic farmers and anti-GMO advocates alike, will likely be allowed to conduct its own environmental studies as part of a two-year USDA experiment. But there is no good that can possibly come of an experiment where the company behind nearly every genetically modified crop in our daily diets is allowed to decide whether its products are causing any environmental harm. And Monsanto isn't the only biotech company that will be permitted to police itself.

As it stands, the USDA is responsible for assessing environmental impacts of new GMO crops. The agency has been lax about this, to say the least. In 2005, the USDA gave Monsanto the go-ahead to unleash its sugar beets before preparing an Environmental Impact Statement. This decision eventually triggered a judge to rule that Monsanto sugar beet seedlings should be ripped from the ground.

Because the USDA is so bad at doing its job on time, the agency decided to see if anyone else was prepared to do its safety testing work instead. And so it looks like the USDA will at least temporarily hand over environmental impact reporting responsibilities to the biotech companies behind GMO crops. The pilot program will allow these companies to conduct their own environmental assessments of crops or outsource the work to contractors. The USDA will still get the final say in determining the safety of crops.

The USDA won't actually admit that it's bad at performing its duties--instead, the agency claims that the move will make the environmental reporting process more timely, efficient, and cost-effective, according to the Federal Register (PDF). No knock on Monsanto, which is surely made up of great, honest people, but if the company has a vested interest in getting one of its crops deregulated, why wouldn't it try to fudge the numbers on an environmental review? And why wouldn't its hired contractors do the same? If this wasn't so dangerous, it would be funny.

Already, GMO crops are causing environmental problems. Monsanto's Roundup Ready soy, corn, and cotton have spawned Roundup-resistant superweeds, which force farmers to douse their crops in even more Roundup Ready pesticides (that's called synergy). And cross-pollination between GMO and non-GMO crops is making it ever more difficult for companies to stay organic.

Don't expect any immediately catastrophic changes to the food-supply chain. Instead, the USDA's experiment may slowly push through more GMO crops into fields and onto our plates. One day, we may realize that these crops have triggered irreversible damages. At least we'll know exactly who to blame.