More than 1.4 million families live on $2 a day per person 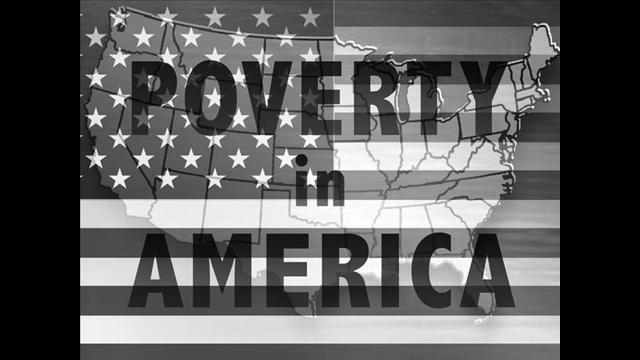 The number of families living on $2 or less per person per day for at least a month in theUSA has more than doubled in 15 years to 1.46 million.

That's up from 636,000 households in 1996, says a new study released by researchers at the University of Michigan and Harvard University.

Government benefits blunt the impact of such extreme poverty, but not completely, says one of the researchers, Luke Shaefer, a professor of social work at Michigan.

"This seems to be a group that has fallen through the cracks," says Kathryn Edin, a Harvard researcher and professor of public policy.

he study found that among households in extreme poverty, one in five received rent vouchers or lived in public housing. Sixty-six percent had at least one child with public health insurance. The study did not factor in how those benefits affect household income.

Robert Rector, senior research fellow at the Heritage Foundation, a conservative think tank, says most aid to the poor today is in non-cash assistance. Last year, he says, the federal and state government spent $900 billion on 70 programs that assist the poor, from health care and food stamps to energy assistance and college grants.

"When you look at that type of family, you don't see the type of deprivation this study suggests," he says.

Because the study shows households in extreme poverty for a month, it is more reflective of people losing jobs, getting divorced or having short-term crises, he says.

Shaefer says, "We are trying to document the growth in deep poverty. … Even one month living at this level is concerning."

Magdalyn March, 30, of Birmingham, Ala., can relate to those living in extreme poverty. In 2006, she lost a seasonal job at a packing warehouse, split with an abusive boyfriend and was caring for her two children. She received about $200 a month in government cash assistance and $282 in food stamps.

March and her children lived in a motel when she was with her boyfriend. When he left, she couldn't afford the room, and she and her children were kicked out. March stayed with friends and relatives for a few nights at a time but ended up in a homeless shelter.

She credits the shelter, First Light, with helping her find a job as a waitress at a chain restaurant and affordable day care. She says she still struggles. She needs glasses and has to go to the dentist but can't afford it. March and her children are living with her mother now.

"You've got to come up with a system," she says, "because you can't live off of that. You really can't."