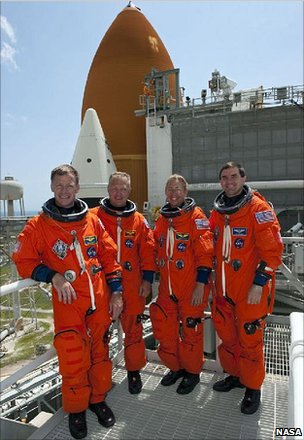 The final Atlantis mission will have a crew of four, led by Chris Ferguson (far left)
Continue reading the main story

The last launch of a US space shuttle will take place on Friday 8 July.

The Atlantis ship has the honour of closing out the 30-year orbiter programme and will lift off at 1126 Florida time (1526 GMT).

Up to 750,000 people are expected to line the roads and beaches around the Kennedy Space Center, all eager to witness a piece of history.

The launch date was fixed by US space agency managers on Tuesday following a review of mission preparations.

They passed as fit to fly a new fuel valve on one of the vehicle's main engines. The old valve was suspected to have a leak and was changed.

And inspections ordered on support beams on the ship's big orange external fuel tank found no issues of concern. Cracks in these structures were the cause of a major delay on a previous shuttle mission.

Their 12-day sortie will take them to the International Space Station (ISS), where they will deliver more than 3.5 tonnes (8,000lb) of supplies - including a year's worth of food. It will give the US space agency some room to play with as it looks to introduce a commercial cargo re-supply service over the next 12 months.

"This flight is incredibly important to space station; the cargo that is coming up is really mandatory," said Nasa's Associate Administrator for Space Operations, Bill Gerstenmaier.

A shuttle would normally fly with six or seven crew members onboard, but the number has been reduced for this final flight because there is no orbiter left on standby to go and rescue them should they to get into trouble.

In the event of Atlantis sustaining serious damage on lift-off, similar to the ill-fated Columbia ship in 2003, the astronauts would take refuge on the ISS until they could all return to Earth in Russian Soyuz capsules over a 10-month period. 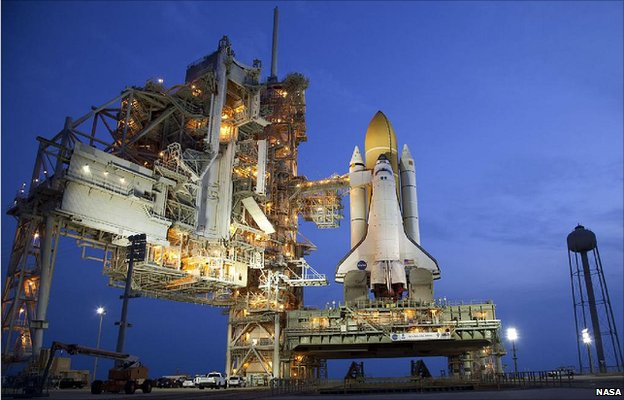 On its return from space, Atlantis will be put on public display at the Kennedy Space Center visitor complex

The 8 July ascent will be the 135th shuttle launch and the 33rd of Atlantis.

The five orbiters used over the course of the programme have flown 864,401,200km (537,114,016 miles) - a distance roughly similar to travelling from the Earth to the Sun and back three times.

Atlantis will add a further 6.5 million km (four million miles) to that total.

Reflecting on the significance of a final shuttle mission, Commander Ferguson said recently: "I don't think that the full magnitude of the moment will really hit us until the wheels have stopped on the runway.

"I'm not sure words will really be able to capture for the crew and for the entire shuttle workforce just how much the shuttle programme has meant to us for the last 30 years."

It has been an emotional few months for everyone connected with the programme - not least because many shuttle workers have lost their jobs in the wind-down. But Shuttle Launch Director Mike Leinbach said everyone would stay focused on getting the 8 July launch done properly.

"Everyone that touches the vehicle is a true professional at the Kennedy Space Center, and throughout the programme," he told reporters.

"With that professionalism and their dedication to the programme over many, many years comes a commitment to do the job right. When the folks are doing their work on this amazing machine, I don't worry about it - I know they're going to do their job as perfectly as they have in the past."

Discovery was the first ship to complete its career in March, followed by Endeavour which landed one last time on 1 June.

The vehicles are all being retired to museums. Atlantis will end its days at the Kennedy Space Center visitor complex. 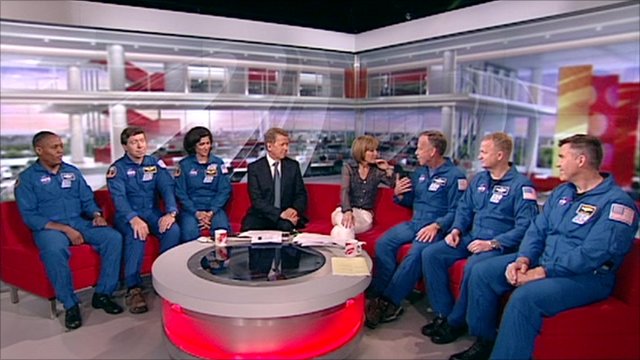