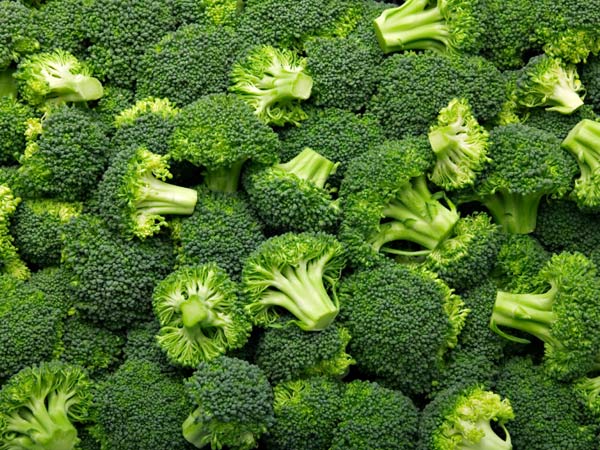 The naturally occurring broccoli chemical sulforaphane, already being researched for its ability to prevent cancer, may also relieve the symptoms of autism spectrum disorders (ASDs), according to a study conducted by researchers from MassGeneral Hospital for Children, Johns Hopkins University and Harvard Medical School, and published in the Proceedings of the National Academy of Sciences on the week of October 13.
"We believe that this may be preliminary evidence for the first treatment for autism that improves symptoms by apparently correcting some of the underlying cellular problems," researcher Paul Talalay, MD, said.
Sulforaphane is also found in other cruciferous vegetables, such as Brussels sprouts, cabbage, cauliflower, collard greens and kale.

An estimated 1 to 2 percent of the world's population is affected by ASD, which is characterized by poor verbal communication and social interaction skills. Although the causes of ASD remain poorly understood, recent research has indicated that certain molecular and biochemical abnormalities are associated with the disease, if not necessarily a cause.
Many of the abnormalities observed have to do with the way that cells generate energy. The cells of people with ASD typically show much higher levels of oxidative stress and a greater concentration of free radicals than those of other people. These free radicals produce inflammation and DNA damage, and can lead to other chronic health conditions.
In a 2007 study, scientists including Andrew Zimmerman, MD, a researcher on the new study, confirmed what parents of autistic children had been saying for a long time: that autistic symptoms temporarily abate during fevers, only to reemerge at full strength when the fever passes. The reason for this effect is unknown.
But a 1992 study by Talalay had shown not only that sulforaphane boosts the body's defenses against oxidative stress and its accompanying inflammation and DNA damage, but that it does so by improving the effectiveness of a mechanism called the heat-shock response. The heat-shock response, which is also activated during fever, helps protect the body from the physiological stress of high temperatures.

Talalay and Zimmerman therefore wondered if sulforaphane might be able to produce the same improvement in ASD symptoms seen during fevers.

The new study involved 40 males between the ages of 13 and 27 who had been diagnosed with moderate to severe autism. At the study's start, all participants were evaluated for ASD symptoms such as ability to relate to others, social interactions, sensory sensitivity and verbal communication skills using three separate standard assessments: the Aberrant Behavior Checklist (ABC), the Social Responsiveness Scale (SRS) and the Clinical Global Impressions-Improvement scale (CGI-I).
Fourteen participants were randomly assigned to take a daily placebo, while the other 26 received a daily sulforaphane supplement, with the dose adjusted to their weight. The behavioral assessments were repeated at four, 10 and 18 weeks, and again four weeks after the study's conclusion.
Within four weeks, many of those taking sulforaphane experienced significant improvements in verbal communication and social interaction, and reductions in repetitive, ritualistic behaviors compared with those assigned the placebo. These improvements continued throughout the course of the study, and by 18 weeks, participants had shown further improvements in awareness, communication, mannerisms and motivation, and reductions in hyperactivity, irritability, lethargy and repetitive movements.
These improvements had reversed themselves by the time participants had been off of sulforaphane for four weeks, however.
"It seems like sulforaphane is temporarily helping cells to cope with their handicaps," Talalay said.
"We are far from being able to declare a victory over autism, but this gives us important insights into what might help," Zimmerman said.
Sources: