New app alerts users when Trump tweets about stocks they own 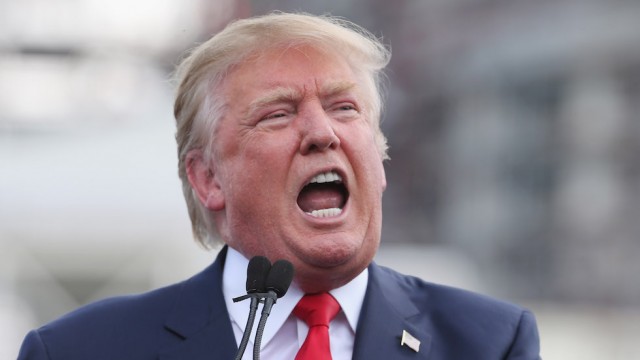 Worried that a tweet from President-elect Donald Trump might sink your stocks? There’s an app for that.

Trigger, a smartphone application that tracks movement in financial markets, unveiled Tuesday an update that allows users to set alerts for when Trump tweets about a company in which they hold shares.

“These triggers can help you capture moves or manage your holdings based on the market’s reaction to the future President’s remarks,” Trigger’s parent company wrote in a blog post.

Markets are highly sensitive to statements from U.S. presidents. While many have expressed critical views of certain sectors of business or business practices, Trump often targets individual companies on Twitter and in speeches, a significant break from tradition.
Trump's tendency to target specific companies in tweets has taken a toll on several publicly traded stocks. Stock prices for Boeing, Lockheed Martin, General Motors and Ford all took deep dives after the president-elect's barbs on Twitter.
Wall Street firms and traders have since adapted to Trump's impact on the market, writing algorithms and setting up early morning and late-night monitoring of the president-elect’s social media account.

California-based tech companies have also shifted employees’ schedules so someone is awake at 3 a.m. local time, late enough to catch early morning tweets from Trump, who has been based in New York.

Trigger’s developers said the update is intended to give less-equipped investors similar tools to track their portfolios.

“While it’s no surprise that Trump has been actively tweeting since the election, no one anticipated that a single tweet could potentially eradicate billions of dollars in market cap from large companies,” the company wrote.
http://thehill.com/policy/finance/312882-new-app-alerts-users-when-...