Newtown families will look on as Senate sinks Toomey-Manchin today 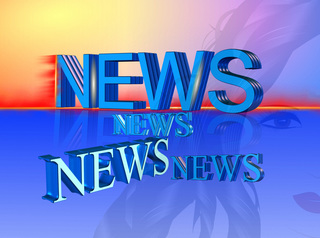 With the news that Senator Kelly Ayotte will vote against the Toomey-Manchin background check compromise today, that effectively cuts off the last route to 60 votes for the proposal. Senator Heidi Heitkamp — a red state Democrat — also announced her opposition moments ago.

Barring a string of last minute flip-flops, which all but certainly won’t happen, Toomey-Manchin looks to be dead.

In a fitting coda to this affair, a number of Newtown family members intend to sit in the gallery to watch today’s voting, a spokesperson for one of the family groups, Sandy Hook Promise, tells me. Among them are Mark and Jackie Barden, whose youngest son, Daniel, was killed in the shooting; Nicole Hockley, who lost her son Dylan; and Jimmy Greene, who lost his daughter Ana.

Family members decided that witnessing today’s events — even if painful — was too important to forego, a source familiar with their thinking tells me. However, there is still some hesitation about having their reaction appear on camera during what would be the first significant defeat of one of their most desired legislative goals, i.e., expanded background checks. (Family members were on hand to watch last week’s vote on the motion to proceed to debate, which went their way.)  Indeed, because of this hesitation, the families’ plans could always change.

The “gun rights” forces like to make several arguments about the involvement of the families in this drama. Some like to say it constitutes “emotional bullying” or “using the families” when gun control advocates cite their desires. Rand Paul today accused the Obama administration of using the Newtown families as “props.”

The problem with this, of course, is that these families are doing all of this of their own accord, and if they want to channel their grief into lobbying for gun reform, that’s their right. As for those gun control advocates who cite the family’s desires, the families share the same policy goal as they do, so why shouldn’t they?

Others like to say that the Manchin-Toomey proposal “wouldn’t have done anything to stop Newtown.” But that elides the obvious point that the families are lobbying on this issue because they are hoping to prevent other shootings of innocent people later, in hopes of sparing other families from getting torn apart they way their families have. “I’m not just here for the 26 that died at Sandy Hook,” Nicole Hockley said recently. “If we can make any steps forward to help save lives, then it’s a step worth taking.”

Many Senators stood and applauded when Obama, during his State of the Union Speech, intoned again and again that the Newtown families “deserve a vote.” But it’s not emotional manipulation to refer back to that moment; the families are actually in the Capitol asking for a simple majority vote. They could have gotten one. Senators who will vote No today had the option of voting Yes on the Toomey-Manchin amendment, which requires 60 votes, and then voting No during the simple majority vote on the final package of proposals. These Senators could have justified this by saying they believe Toomey-Manchin deserved a straight up or down vote and shouldn’t be killed by a supermajority requirement.

But these Senators apparently don’t believe this. We’re now learning that a number of them — red state Democrats and purple state Republicans alike — who genuinely seemed undecided on the proposal can’t bring themselves to allow such an up or down vote on it. As the families themselves will witness in person today, a simple majority vote in the United States Senate on expanding background checks — which is supported by over eight in 10 Americans – is apparently not going to happen.