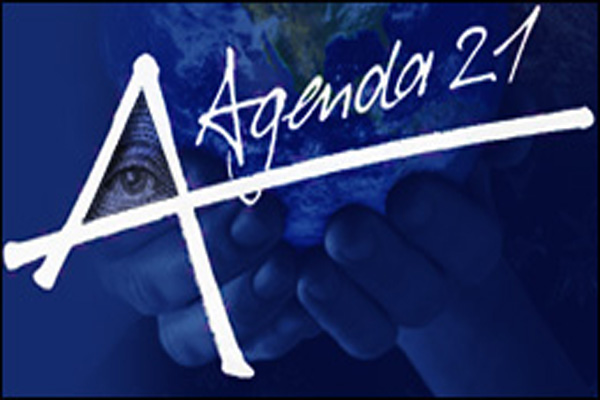 I have watched in horror with the rest of the world as the details are coming to light regarding this tragedy in Oslo, Norway. My first reaction was – what? Norway? I would consider Norway one of the safest places to be and certainly not a target of any sort.

I began to dig into the beliefs of Anders Breivik a little and what exactly the youth camp on Utøya is all about. It is being described as a Labour Party Youth Camp. Well there’s more .. much more.

It turns out that on that same day, July 22nd 2011, a certain woman named Gro Harlem Brundtland had been speaking to the youth at the camp on Utøya. Who is Gro Harlem Brundtland? Well it turns out she is one of the authors of Our Common Future – the root of all the UN Agenda 21 plans and the source of using the phrase “sustainable development” to hide the true goals of UN Agenda 21! In other words – she is the worst kind of global elitist – she is likely even more evil than Al Gore – who in the scheme of things is just a useful idiot.

The sentiments of Anders Behring  Breivik are not all that far off from those of us fighting the Muslim invasion into Western culture and those of us fighting against UN Agenda 21. From what I have read so far, I do NOT believe that the perpetrator is this Anders person. If he was, there is something much more sinister going on here and when my mind travels down this road of possibility it is a dark one indeed. Was Anders Breivik mind controlled???

Why do I say that? Well his Twitter and Facebook accounts had only recently been created and did not contain any friends and the communications there were quite odd. Seems it was “created” on purpose to try to portray Anders as a “right wing extremist” and lover of trance music.

I’m not sure what the connection is between Gro Harlem Bruntland, this youth camp and the shooter but one thing is certain – it certainly will focus attention on what exactly was going on at that youth camp. Anyone who is concerned about UN Agenda 21 should pay attention to what is happening in Oslo around this tragedy.

Where to from here?

Unlike the masses of (terrorist) bureaucrats, "police", "politicians", etc., I'm not going to tell you what to do, or what not to do. So I'm not going to tell you that you shouldn't "vote", or that you should "vote", or how to "vote". I'll leave it entirely to you to decide for yourself what you will do -- and so long as your actions resulting from your decisions do not harm me, then what you do or don't do, doesn't matter to me.

However, I believe that you should consider whether you will really get what you want inyour life, by "voting", or whether there is a faster and better way to achieve what you want -- perhaps something you haven't thought of yet -- and if you do find or think of something better, will you pursue it, even if the (terrorist) bureaucrats, "police", "politicians" (liars), etc., tell you that "you can't!" or that "you shouldn't!"?

By "voting" for someone else, you are giving up part of your personal power to them, and their "system" (though they may try to "educate" you that "it's your system too!", and that"it's all there to benefit you!"). If you only "enroll" and "vote", because of the threats of "penalties" if you don't, then allowing yourself to be coerced - by merely showing up at their "polling place" to have your name checked off - is another way in which you give up some of your personal power; and not only that, it can also tend to reinforce false notions and illegitimate "systems" as being "true", "valid", and "legitimate". The option of keeping your personal power fully intact, is always available to you - no matter what you may believe now, or what others may tell you.

"When you have the choice between the lesser of two evils - choose neither!" - Unknown

http://www.mind-trek.com/reports/tl03.htm send your Birth Certificate back and your SScard learn hoe to sign them.

how to get your strawman completed with forms now - yahoo.com