No, Facebook’s goal is to become the social layer that supports, powers and connects every single piece of the web, no matter who or what it is or where it lives. On Thursday at its f8 conference in San Francisco, the world’s largest social network will take a giant leap toward accomplishing that goal.

I have seen what Facebook is launching on Thursday, and it’s going to change the world of social media. And while I won’t talk about the mind-boggling things Facebook will be launching, I will say this: The Facebook you know and (don’t) love will be forever transformed. The news that will come out of Facebook during the next few weeks will be the biggest things to come out of the company since the launch of the Facebook Platform.

For Facebook, it all boils down to one problem: emotion. Facebook has hundreds of millions of users and spectacular levels of engagement, but it is a platform that has lost its emotional resonance over the years. More and more people visit Facebook out of necessity rather than desire. It’s a platform people prefer to hate, but won’t leave simply because all their friends are there.

It’s a relationship gone stale. After years of dating, the magic between Facebook and its users has dissipated. It’s a natural evolution in any relationship, but now there is another suitor vying for Facebook’s users. And a lot of people think this suitor is easy on the eyes.

That’s why Facebook launched three recent changes: revamped Friend Lists, a real-time news ticker, and the subscribe button. Friend Lists lets you share content with just your closest friends (with whom you have the strongest emotional connection), and the ticker lets you have real-time conversations with your friends as soon as they do anything. Subscribe lets you fill your News Feed with people you admire and respect, fostering a different type of emotional connection.

On Thursday, developers will be elated, users will be shellshocked and the competition will look ancient. On Thursday, Facebook will be reborn. Prepare yourselves for the evolution of social networking.

UPDATE: Facebook has rolled out a number of major changes, including a major overhaul of user profiles, new apps for playing music and watching video on the site, and social news apps. See some of the highlights in the gallery below: 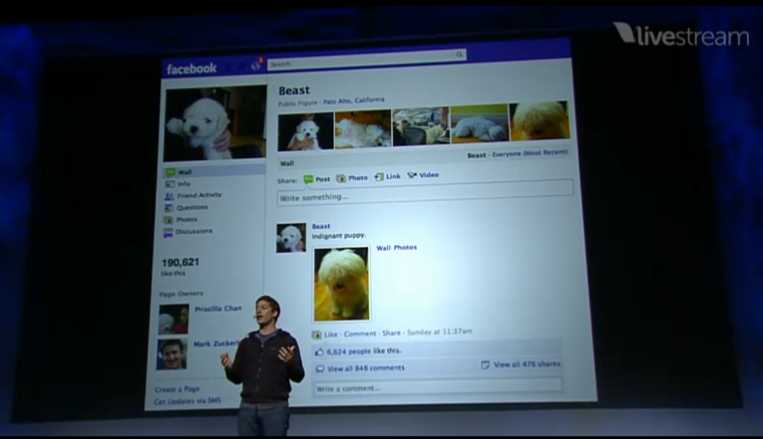